GNOME 3.12, the next stable release of the popular desktop environment, hits beta next week, ahead of its formal release in early April.

The 3.11.x unstable series releases have given us a good ol’ gander at much of what’s planned for it. In this post we’ll take a quick look at five of the more user-facing changes planned.

GNOME developers have a bit of a reputation for removing features willy-nilly, much to users’ chagrin.

One such removal that put a mark in that tally was the decision to hide the wired network indicator from the system status bar. WiFi connection status continued to show.

The case seemed to be that hiding it made sense because ‘ethernet just works’, so there is no status to relay. Even so, it made the management and monitoring of wired connection a little less intuitive.

GNOME 3.12 will see the network indicator back in system status bar. With a couple of clicks users will once again be able to toggle wired connections on/off and access network settings.

Of all the application changes in 3.12 it’s the dramatic overhaul of Totem, GNOME’s default video player that will catch most people’s attention.

No longer does Totem look like a refugee from the past. The sidebar has been ditched in favour of a Header Bar; new media sources added; there are new options for viewing media files, including those from online sources like Pocket and Guardian Videos; and there’s a slick new look to the in-video control HUD.

What do Unity, Pantheon, Windows and Mac OS X all have in common? They all support app launcher ‘quick lists‘ for running applications.

These right-click menu options provide additional options for interacting with or launching an application.

In 3.12, GNOME adds support for action lists to all app shortcuts listed in the Activities Overlay, and added to running apps listed in the Favourites bar.

People may love to hate Facebook (thought not without some good reasons) but there’s no getting away from the fact that it’s both a popular and near-ubiquitous constant in many people’s lives.

In 3.12, the GNOME Photos app will be able to hook up with Facebook (via GNOME Online Accounts) to display Facebook photo albums in the app. The addition of a new search bar to the Photos app should also make it easier to sift through and find photos in a snap.

Privacy is forever at the centre of many an internet storm, particularly those brewed in tea cups. GNOME 3.12 brings a geolocation indicator, a mainstay of mobile operating systems, to the GNOME desktop.

GNOME’s Maps and Weather apps are both able to use the GeoClue backend to detect a user’s location. In 3.12 when this daemon is triggered an indicator will appear in the system status bar.

Developers plan to add a list of applications to have recently used the location service, along with a link to GNOME’s Privacy settings, to the indicator menu.

This list is by no means exhaustive. There are a great many new features, apps and UI changes set to arrive in 3.12 that we haven’t (yet) mentioned, including the addition of the Polari IRC client, GNOME Software and an all-new Sound Recorder tool. 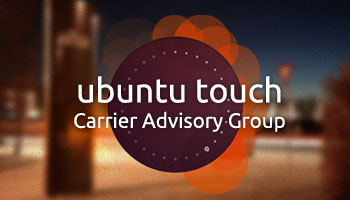