GNOME 3.12 will be released on March 26, despite earlier discussions suggesting that it should be delayed by a week.

Taking to the GNOME mailing list to “clarify confusion” caused by his earlier remarks, GNOME developer and Red Hat employee Matthias Clasen has confirmed the next major release of the GNOME desktop will, indeed, go out on schedule.

Earlier this month Clasen stated the GNOME release team were, quote, “pondering moving the date for [GNOME] 3.12 out by approximately a week, to align the schedule with the Wayland release plans.” GNOME 3.12 will be the first release of the desktop to fully support the next-gen display protocol.

But in an about turn, the need for which he blames on ‘news sites’ reporting his earlier statement, Clasen now says that the release will go ahead as originally planned:

Improved support for ‘retina’-quality screens; a revamped Video player app; and numerous interface tweaks are among the many changes set to arrive in GNOME 3.12.

A second beta release of GNOME 3.12 is due at the beginning of March.

Home » News » GNOME 3.12 Will Be Released On Schedule After All 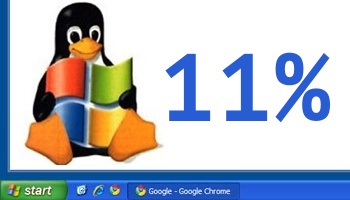