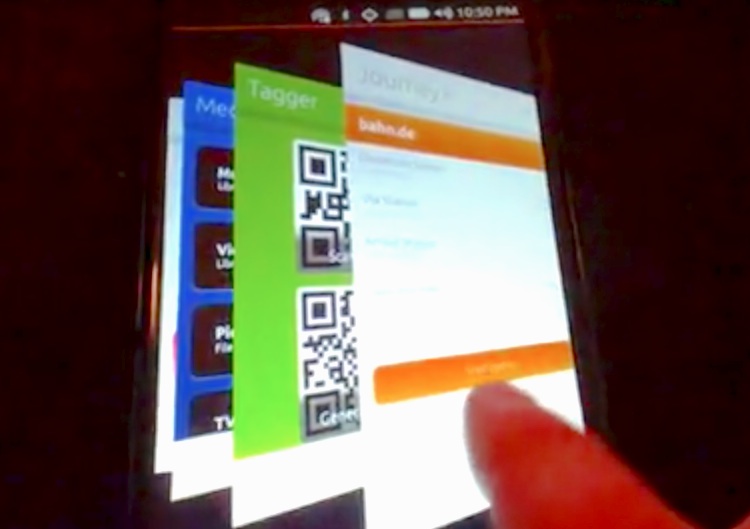 An improved approach to multi-tasking on Ubuntu Touch is in development.

Touch developer Michael Zanetti previewed a new ‘right edge gesture’ behaviour, the side of the screen used for switching between running apps on the mobile OS, in a video on his blog.

Ubuntu Touch currently offers two distinct ways to multi-task. Apps can be ‘cycled’ through in fullscreen by thumbing in from the right side of the screen; while a broader overview, showing thumbnails of all open apps, is accessible from the Home scope.

In his demo of the effect, currently a work-in-progress, it seems both of these approaches are being combined into one.

The first noticeable change is the pronounced animation effect when cycling between open apps. In current builds this is more subtle.

The second feature is entirely new; a long-drag in from the right of the screen  opens a new 3D immersive overview that is similar to — and I use this analogy grudgingly – Windows 7’s Aero Flip 3D.  Developers will be hoping that the “carousel” makes it both easier and quicker for users to find and switch to a specific app.

As for when testers can expect to play with this, Zanetti isn’t able to say, stating that it ‘probably won’t hit the image really soon. (sic)’ It’s also not the only visual change on the way, with Canonical’s design team already planning improvements to the discoverability of the application “toolbar”.