The United States’ National Security Agency (NSA) are alleged to have asked the creator of Linux, Linus Torvalds, to create ‘backdoors’ into GNU/Linux through which they could access.

Far from being a rumour, word of the approach comes via Linus’ father, Nils Torvalds.

As a Member of the European Parliament (MEP), Nils was present at recent committee inquiry held on the “Mass Surveillance of EU Citizens”. Here, representatives from a number of companies named in documents leaked by NSA whistleblower Edward Snowden were questioned about their own (alleged) involvement.

Following a question put to a Microsoft spokeswoman by Pirate Party MEP Christian Engström on whether the company willingly include “backdoors” for the NSA in their system, Nils Torvalds MEP said:

When my oldest son [Linus Torvalds] was asked the same question: “Has he been approached by the NSA about backdoors?” he said “No”, but at the same time he nodded. Then he was sort of in the legal free. He had given the right answer …everybody understood that the NSA had approached him.

If that sounds familiar to you then you might have seen the snippet on YouTube. Linus went on to insist that he was joking, and that the NSA had not approached him.

But, speaking at November 11th’s inquiry, his father seems to think otherwise.

Following on from allegations that Google, Yahoo!, Facebook and, indeed, Microsoft are among the many companies wilfully cooperating with the agency to provide “backdoor” access to their systems, this revelation is far from earth-shattering. In fact, is makes sense in the grand scheme of things. After all, why wouldn’t the NSA ask Linus to do this?

While Nils doesn’t explain how Linus responded – I’d like to think it involved two fingers – we can be sure that it, at the very least, involved an explanation of how open source prevents something like that being possible.

If any holes were left around for the NSA’s overly-long tentacles to creep into, you can bet your bottom dollar that they’d have been found, exposed and rooted out long before now. 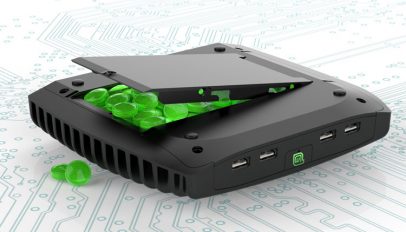