Skip to content
Wait no more – the first announcement has been made. Click here to read more about it.

Valve are gearing up for the first of three announcements today – but what might they reveal? 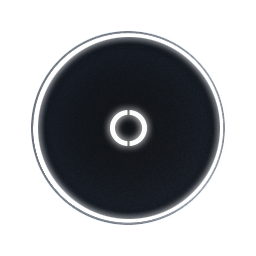 At the tail-end of last week a set of three countdowns went live on the Steam ‘Living Room’ page. The first of the countdowns is currently killing the seconds in front of 6PM BST today, September 23rd.

The arrival of the timers was rather apt, following Valve boss Gabe Newell’s ‘Linux is the future of gaming’ address at Linux Con.

It was there that the revered gaming industry veteran gave us our first hints about what to expect. Newell spoke with enthusiasm about his company’s plans to invade the living room and take advantage of the opportunities it offers.

Within minutes of Valve’s web-devs winding the countdown clocks in life a glut of gamers had flooded into rumour mills across the web, each attempting to lay first claim to what’s planned.

The suggestions churned out so far have ranged from the wishful – Half Life 3 – to the almost certain – the Steambox console.

What we do know (tacitly, at least) is that all three reveals centre around Steam’s presence in the living room.

With that fact in mind it seems likely that at least some of the announcements due will concern some of the following:

Steambox: What We Think We Know

Of the possible candidates above it’s the ‘Steambox’ console that, if revealed, will catch the headlines of the press, imagination of casual gamers, and the excitement of Linux enthusiasts.

So what do we know – or rather think we know – about the Steambox?

For one, it’s rumoured to be a PC-Console hybrid – i.e. a console you can upgrade much like the traditional PCs that make up the bulk of Steam’s user base.

Over the last couple of years Valve has invested considerable money and man-hours into porting their wares over to Linux. This coupled with the outstanding work they’ve done in getting GPU vendors to bring their Linux drivers up to spec means that it’s almost a given that the Steambox will run Linux.

But what about the interface? The current ‘Steam’ desktop UI won’t do, but neither will a traditional desktop OS. Valve already have that covered with ‘Big Picture Mode’ – so expect something similar to that, as Valve explain in their countdown teaser:

“Last year, we shipped a software feature called Big Picture, a user-interface tailored for televisions and gamepads. This year we’ve been working on even more ways to connect the dots for customers who want Steam in the living-room.”

Lastly, some news outlets are speculating that Valve will pull an Ubuntu Edge and ‘crowd-source’ funding for the manufacture of the Steambox.  This would certainly put the latter part of Steam’s teaser into context:

“Soon, we’ll be adding you to our design process, so that you can help us shape the future of Steam.”

Not Long To Wait

Whatever the news is it’s clear that we won’t have to wait too much longer to learn of it. 6PM BST will see the first reveal…

What are you crossing your fingers for?