Intel pulled support for XMir from their Xorg driver branch yesterday, just days after the code was merged.

The escalation comes after a commit from Canonical’s Christopher Halse Rogers from 4 September to Intel’s xf86-video-intel driver was reverted on 7 September.

The sparse message accompanying the revert was signed with a vague, though telling line: “Ordered-by: The Management.”

A few minutes later, a subsequent commit included a short, though elucidative blurb in the NEWS file for Snapshot 2.99.902:

“We do not condone or support Canonical in the course of action they have chosen, and will not carry XMir patches upstream.

‘[Intel Are] trying to win the race by tripping the competition, not by running faster.’

Intel’s decision isn’t entirely impartial. The company has a stake in the success of Wayland as the ‘next gen’ display server on Linux by employing several developers to work on it full-time.

Canonical’s Michael Hall, writing on Google+, described the decision as Intel ‘…trying to win the race by tripping the competition, not by running faster.’

Canonical are set to enable XMir in 13.10 for supported hardware. Though the removal of XMir support from the Intel drivers is a step backwards in some respects, Canonical plan on including the patches in their downstream packages nonetheless.

If you will be using Intel graphics on Ubuntu 13.10, the drivers will continue to support XMir as they did up until yesterday – through patches.

Canonical’s Alan Pope explained the impact to us in a tweet earlier: “[This decision] just means more work for us (Canonical) to keep integrating xmir patches into x with each release/update.”

If you’re using any other distributions, it’ll be up to those individual distros to ship the additional XMir patches with their xf86-video-intel packages if they support Mir. 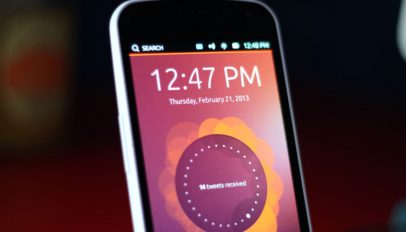