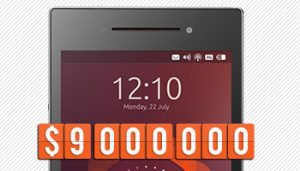 Over $9 million has now been pledged to the Ubuntu Edge campaign on IndieGoGo, helping it smash yet another crowd-funding record.

This figure, whilst $23 million short of the required $32 million goal, makes Ubuntu Edge the second largest crowd-funding campaign in history. It shunts the Ouya games console, which raised $8.5 million over a 30 day period, into 3rd place.

Canonical’s recent price change seems to have had the desired effect, with over 400 backers chipping in at the new ‘fixed’ price of $695, raising over a quarter of a million dollars in the process.

Ubuntu Edge is a dual-booting super-phone powerful enough to double-up as a PC when docked to a monitor and keyboard. The device will sport new technologies considered ‘unproven’ in consumer-grade electronics, such as a sapphire crystal glass screen and a long-life silicon anode battery. 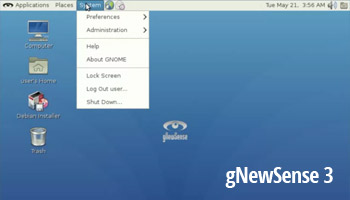 gNewSense 3 Released, Is No Longer Based on Ubuntu
Read Next