Mark Shuttleworth has thanked backers of the Ubuntu Edge campaign but says that neither he nor Canonical are ‘giving up’ on hitting their audacious crowd-funding goal yet.

Ubuntu Edge is seeking $32 million for the creation of a high-end “super-phone” that can be turned into a desktop computer when attached to a monitor. Three weeks into its 30 day run the Edge has so far managed to accrue just over 30% of its total goal.

If the project fails to hit $32 million by August 21st it will get nothing and those who have backed it will be refunded.

Shuttleworth says the response to the campaign thus far has been ‘incredible’, with those backing it so far having helped drive it through several notable funding milestones – most recently passing the $9 million milestone.

‘No one here is giving up while the goal remains achievable…’

“In a sense, we can be proud of what’s been achieved already – but we really want to hit that $32 million!” he writes in an update to backers of the project.

“No one here is giving up while the goal remains achievable, and you’ve all gone out of your way to add your voice to the chorus. So I’m writing to ask you to take to the Twitterverse and other social networks to encourage like-minded types to join you, and me, and companies large and small, in backing the Ubuntu Edge.”

With more than $22 million left to be raised – and only 9 days to raise it in – it’s far from certain that the project will manage it. But Shuttleworth, it seems, isn’t ready to call quits yet.

For a counter to Mark’s optimism do check out a post we recommended on Twitter  earlier today. It’s sobering, and whilst we don’t agree with everything said  in it, it offers up some great ‘talking points’. 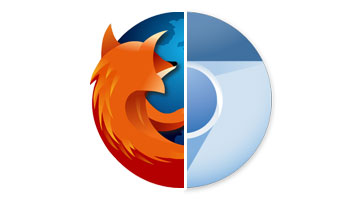 Firefox To Remain Default Browser in Ubuntu 13.10
Read Next