The development codename for Ubuntu 13.10 has been unveiled: Saucy Salamander.

Announcing the moniker for the next development cycle on his blog, Ubuntu’s Mark Shuttleworth also explains the reasoning behind choosing it:

“The salamander is one of nature’s most magical creatures; they are a strong indicator of a pristine environment, which is a fitting way to describe the new world emerging around Ubuntu Touch – new applications, a new SDK, a gorgeous clean interface.”

“Salamanders [swim] in clear, clean upstreams – which is exactly what’s forming around Ubuntu’s mobile ecosystem. It’s a way of saying ‘thank you’ to the tremendous community that has joined the effort to create a single unified experience from phone to PC, with tons of crisp and stylish core apps made by people from all over the world who want to build something fast, fresh and free.”

And we’re saucy too – life’s to short to be stodgy or stilted.

Ubuntu 13.10 is scheduled for release in late October.

Are you a fan of the name? What would have you chosen instead? 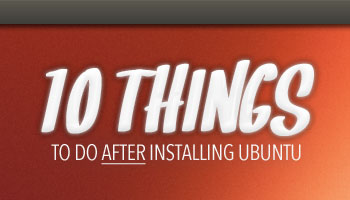 10 Things to Do After Installing Ubuntu 13.04
Read Next