Umbrellas at the ready for another shower of discontent in the comments section: Stormcloud was once again Ubuntu’s best-selling app last month.

The $2.99 desktop weather client, which recently launched on the Chrome Web Store, notches up its third consecutive month in pole position.

Although many remain bemused by its popularity, it is nevertheless a strong draw to Ubuntu app buyers. Stormcloud sold 140 copies during March, bringing its overall total sales figure for 2013 to 513.

Elsewhere in the Chart

Following our review of it last month, tower defence game War in a Box: Paper Tanks crushes in at #4, its first appearance in the Top 10 since going on sale at the tail-end of last year.

Braid and Machinarium continue to sit pretty in the chart at #7 and #2 respectively. If you read these posts every month you’ll know that Braid has yet to fall out of the top 10 since it went on sale almost 18 months ago – not a mean feat!

The only other game charting this month is Bryan Lunduke’s Linux distro simulator Linux Tycoon, which sells enough copies to grab #10.

Since the formal release of Steam for Linux it’s interesting to note that games no longer dominate the Top 10 chart as in the past. Predictable, for sure, but still interesting. Two of the five charting games this month – Linux Tycoon and Paper Tanks – aren’t available on Steam.

In the non-gaming space things are more or less the same as last month. 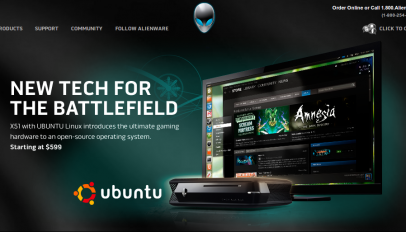