So you installed Ubuntu Touch, grappled with its gestures, but now want to reinstall Android on your Nexus device – but how do you do it?

Whatever the reason you want to return to the familiarity and functionality of Android – and, yes, WhatsApp withdrawal, Intagram-itis, or the Snapseed shakes are all legitimate reasons – we’re here to talk you through how to do it.

Now, before you read on it’s important to note that this is the ‘nuclear reinstall’ option. It’s ideal for those who didn’t make a back-up of their device before switching to Ubuntu Touch Preview, or those who did, but want a totally blank slate from which to start from.

If you made a back-up of your Android device prior to installing Ubuntu Touch then kudos. Refer to the apps website for reinstallation instructions.

This how-to only concerns the following devices:

If you don’t have one of these devices then do not follow this guide.

If you followed our Ubuntu Touch Preview install tutorial then you may recall that I said to make a note of your Android version. Why? This is why.

Google provide ‘stock’ install images of Android for their Nexus line of devices. These are “factory” style images; the same as you’d get if you’d just bought your handset or tablet brand new.

Head over to the link below to find the appropriate download for your device. If you’re unsure, or don’t have a note of your Android build, then a quick Google should help you out.

Having downloaded your Android image move it to the desktop. Once moved right-click on the .zip archive and choose ‘Extract Here’.

With all of your files needed gathered and preprated the next step is to power on your Nexus device (let it boot into Ubuntu, it’s okay) and attach it to your Ubuntu computer using its USB cable.

Wait a few seconds, then open a new Terminal and enter:

This will reboot your device into the Android Bootloader. You’ll know when this is complete because your screen will show the Android on his back and big green text saying ‘Start’.

Now your device is primed for flashing let’s go back to the Terminal and, ensuring that your phone is connected and is displaying the bootloader screen, run the next commands

Now wait for the script to do its thing…

Once complete your phone will reboot and, if no errors have been thrown, you’ll be faced with the Android set-up screen.

How To Video Android

Home » How To » [How To] Reinstall Android After Trying Ubuntu Touch 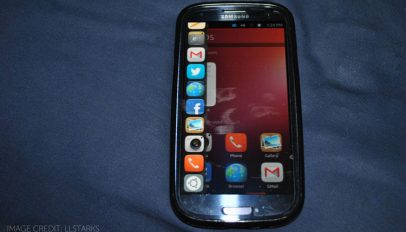