Support for timed login is amongst recent minor changes made to Ubuntu 13.04’s login screen.

Timed login is popular with users wishing to automatically set a given user session to login but also allow for enough time to choose a different account.

If you’ve never thought you needed it then its arrival won’t be of consequence.

So far there is no user-visible option by which to configure the feature, though it can be manually through a LightDM configuration file.

But with support for it explicitly mentioned in the latest LightDM update to Ubuntu 13.04 daily, one of the various third-party Unity tweaking tools, such as Unsettings or MyUnity, could well choose to support it in the future.

Appeasement of the patient isn’t the only change arriving in this update.

The ‘OK button has been removed from the Session Chooser screen. Clicking on a session now automatically selects it and returns you to the login prompt.

The focus/hover state of the session chooser icon (the Ubuntu logo by default) has been removed. It’s entirely possibly that this is a temporary decision as, when you think about it, how will keyboard users or those with accessibility needs know they’ve selected it?

Finally, the padding and spacing of the back button and session chooser have been tweaked.

These are not massive changes, nor are they the only changes we will see before April, but big houses are built from small bricks.

Ubuntu 13.04 is in active development. Changes featured here are not complete or indicative of the final release, due April 2013.
Dev News lightdm raring ringtail 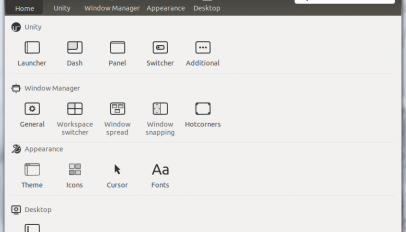