Unity’s Previews feature has seen a number of refinements over the last week as work on Unity in 13.04 continues.

A slicker animation has been introduced, along with better visual differentiation between the active and inactive preview items.

If you’re a subscriber to our YouTube channel then you’ll have seen a video of these tweaks in action yesterday.

The changes aren’t subtle, and anyone familiar with the Previews feature as it works in 12.10 will notice the different.

Most notable thus far is the new ‘drop-down’ animation when opening a preview. Although not quite as ‘interesting’ in action as that used in 12.10, it is faster and cleaner. Preview details themselves now appear within a container to better differentiate the details pane from general icon grid. 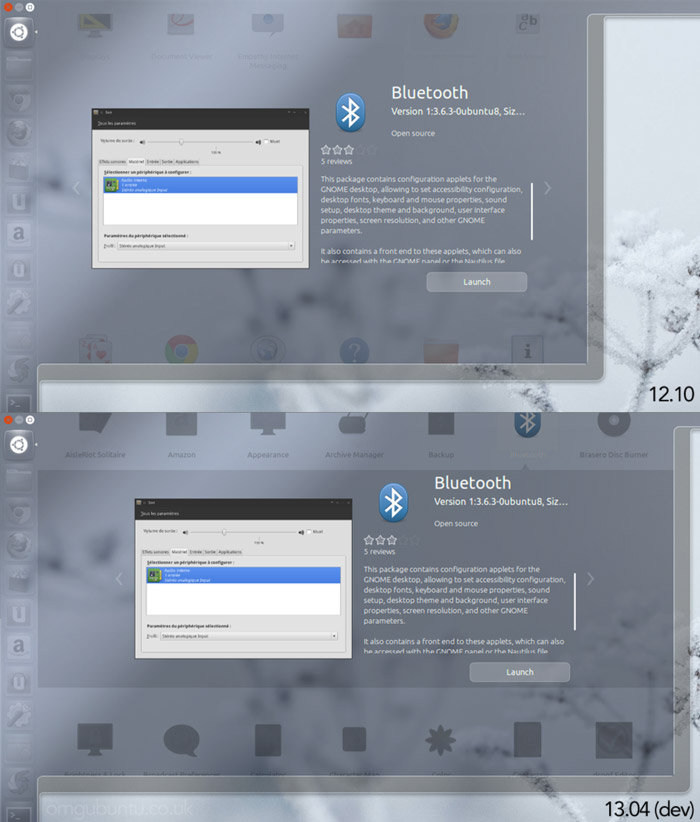 Following that thinking, the container also adds a small ‘call out’ item pointing to the icon, file or item being previewed and ‘ghosts’ (turns into darkened silhouettes) the icons of items not being previewed.

As a user navigates through the preview slides the relevant ghost icon will light up.

[box style=”alert”] Ubuntu 13.04 is in active development. Changes featured here are not complete or indicative of the final release, due April 2013.[/box]