Skip to content
Update: 11th December: This issue has now been fixed.

Some Ubuntu One users are experiencing issues with extra storage earned as part of the Ubuntu One Referrals programme.

Up to 20GB of free space can be gained through the affiliate scheme, but the bug means that Ubuntu One is – at the time of writing – no longer showing accrued space in users’ accounts.

For example, one user who contacted us has ‘lost’ access to over 20GB of space, another who Tweeted us is down 8.5GB. Rumours initially guessed that the ‘free’ space was time limited, though no such limit was made in the initial announcement.

‘Data will be safe’

We reached out to Ubuntu One team for clarification.

They told us that they are ‘aware of the issue’ and are ‘actively working on [fixing] it’, adding that any data stored in the ‘missing space’ has not been deleted.

‘Your data will be safe,’ they assured us, ‘no worries about that.’

As this issue only affects space earned via the Ubuntu One Referrals programme and not that purchased in 20GB chunks, few people are likely to be affected.

But if you do log into your Ubuntu One account and notice you’re down a few GBs – hold tight, it’ll be fixed soon. 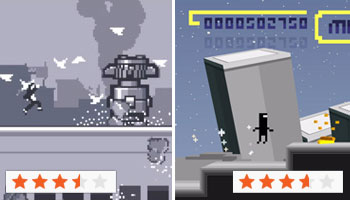 Sidescroller Run Off: Bit.Trip Runner Vs Canabalt [Review]
Read Next