More users now been given access to the limited Steam for Linux beta, Valve have confirmed.

Announcing the expansion of beta access on the Steam for Linux form, Valve’s Frank Crockett urged those who have applied previously to check their inbox for a redemption code.

This expansion brings the total number of Steam for Linux users up to 21,542 Members. The company added an additional 5,000 users late last month.

In addition to wider access, Valve also announced several new sub-forums have been added for testers to report bugs in. These include sections for Valve Game bugs, Non-Valve games bug, to forums for bug reporting against specific graphics cards.

Another sign that the Steam for Linux beta is nearing its end listing of Linux System Requirements  games, the beta period for Serious Sam 3: BFE is now over – meaning players need to purchased the game inorder to keep playing.

Serious Sam 3: BFE was available to play for free during the beta period. With that period now over, could the client be one step closer to a proper release?

For a full list of Linux-friendly games available on Steam can be found hiding behind the button below.

Don’t forget to join the OMG! Ubuntu! community on Steam to chat with and play against fellow Linux gamers. Likewise, you can follow us on Twitter, Facebook and Google+  for more updates on Steam – and everything else Ubuntu! 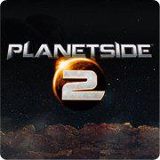