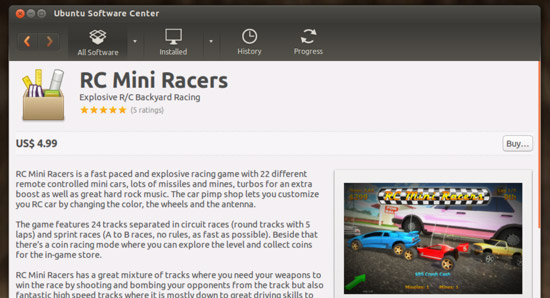 A few days back we brought you word that the hit Mac game RC Mini Racers was heading to Ubuntu. Today it’s arrived.

I’ll brush over repeating what we said last time suffice to say it’s a natty little racing game with enough individuality to make it worth the small $4.99 price tag.

We’ll have a full review of it later this week so if the trailer below doesn’t sell you on it you can wait for our verdict (hint: we like it).

Want to see the game on Steam? Add your vote to Steam Greenlight here.

It works on both Ubuntu 12.04 and 12.10, and has relatively modest hardware requirement.s