Spotify have launched a new web-based player for streaming music from their library.

Although in beta the web-player puts 18 million tracks at your fingertips regardless of what OS or device you are using.

Until now Spotify has only been available via dedicated desktop and mobile apps.

With the web player in beta you’d forgive it for having missing features or broken functionality, but – and here’s the good news – I’m yet to come across either. It feels like a finished product withthea beta label accidentally left on.

Better still, the interface is gorgeous; the look of the web player is more pleasing on the eyes than the dedicated desktop player. 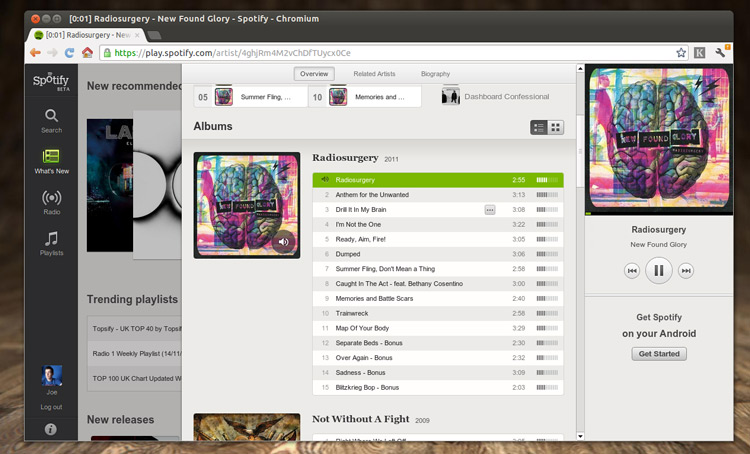 It’s also very fluid; tracks play/pause instantly on my connection, and there’s no lag when switching between the various views. Even Flash, which is used to ‘stream’ the tracks, doesn’t seem to play up as much as it does with other music-streaming sites.

Shuffle and looping are present; artwork is there; and every artists I searched for (that I know is available through the desktop app in the UK) was online ready for streaming. 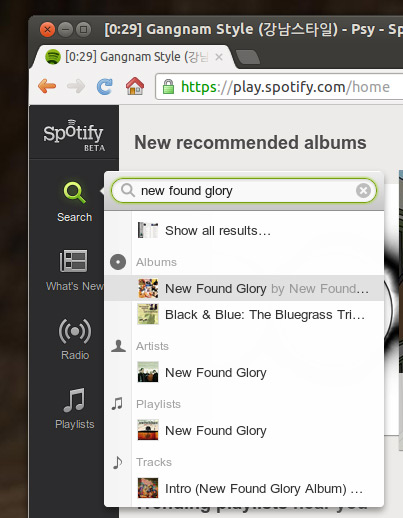 Oh, and did I mention that it works with free accounts?

Why Web and Why Now?

A native ‘preview’ build of Spotify for Linux has been available for a few years, but development on it is slow. This has, understandably, frustrated Linux users who use the service, many of whom pay.

So does Spotify’s move to the web mean the end of a Linux client altogether? 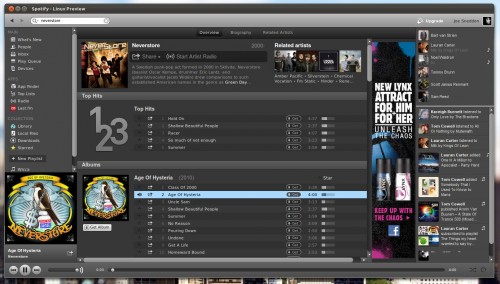 Only Spotify’s developers can answer that, but it would certainly make sense to take already limited resources away from the Linux desktop client and put them into creating a unified and flawless online experience for all.

In fact one is slightly bemused that Spotify didn’t do this sooner. It’s a logical move. As a ‘cloud service’ access is crucial: the more people who can access your service the more money you are going to make. And what’s more accessible than a web browser?

The good news is that this feature is happening now, because, super-sized catalog or not, rival services are gaining momentum.

Google offers anyone with a Google account ‘anywhere’ access to 20,000 of their own tracks (plus ones bought via their service), which can be played back via mobile apps and the web; Amazon, Sony, and Microsoft’s Xbox Music are already au fait with the streaming-schtick; and the juggernaut that is iTunes is rumoured to be going ‘cloud’.

Spotify has to keep on its toes.

Don’t forget that you will need to have Adobe’s Flash player installed to use it.

Thanks to Paul F.

Home » How To » [How To] Test Spotify’s New Web Player

Dennis Shimer Though I really have no stake in this process as…
Download Now: Ubuntu 21.10 Beta Released, This is What’s New