Another month, and we’re graced by another release of the Firefox web browser.

Now on version 17, this latest release introduces a number of new features, including a new social API, larger icons in the ‘awesome bar’ and ‘click to play’ warnings on out-dated plugins.

For a full list of changes refer to the official release notes.

When enabled, it adds a ‘persistent’ notification strip to the right-hand side of the toolbar. Here you’ll get alerts to new notifications, messages etc. It also allows you to have the Facebook chat sidebar enabled on all websites you browse.

To switch it on for Facebook head over to facebook.com/about/messenger-for-firefox

Firefox 17 can be downloaded from the official Firefox website. Hit the link below to head over there.

Don’t forget that if you’re using Ubuntu (or a distro based on it) you don’t need to do anything to get this update: it will arrive via the Software Updater/Update Manager in the coming day or so.

How’s that for service? 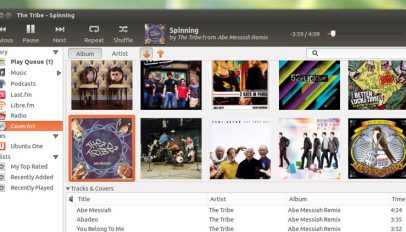 [How To] Add a CoverArt Browser to Rhythmbox
Read Next