“ThinkPad” the revered laptop brand of techies, whether under IBM or Lenovo, has been a long-time friend to Linux users.

But how does the Lenovo ThinkPad E530, which went on sale earlier this year, fare under Ubuntu?

The ThinkPad Edge series is Lenovo’s small-business style laptop and the most affordable of the ThinkPad line.

The current price for the configuration listed above, and taken from the Lenovo website, is 769.00 $CAD (759.00 $USD for the US equivalent) taxes incl. and shipping is free.

Lenovo ships within 1-2 business weeks; I placed an order April 30th, it shipped May 8th and arrived May 14th.

Remember, Lenovo provides heavy customization of the laptops to their online customers worldwide to meet their individual needs, so prices may vary in addition to configurations.

The Edge series’ design contrasts that of the classic ThinkPads; the black bento-box-style case is no more, instead the laptop has a more modern design without any protruding ridges, irregular transitions or sharp edges.

Workmanship of this laptop is very good, which is not unusual for a ThinkPad. Overall build quality is quite comparable to more superior business-class notebooks and is quite rigid. The weight is roughly 2.5kg which quite normal for this form factor. 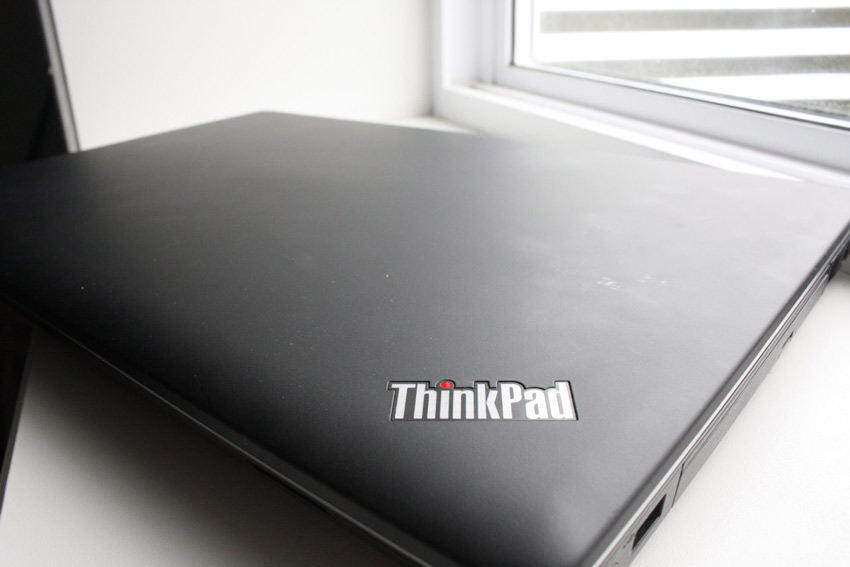 The display lid is a matte polycarbonate thus is a great fingerprint trap, which leaves something to be desired. The metal lid hinges are firm and secure, which are great since there is no latch.

A glowing red LED in the title of the ThinkPad logo and a narrow aluminium strip running around the edge helps break up the black monotonous look. 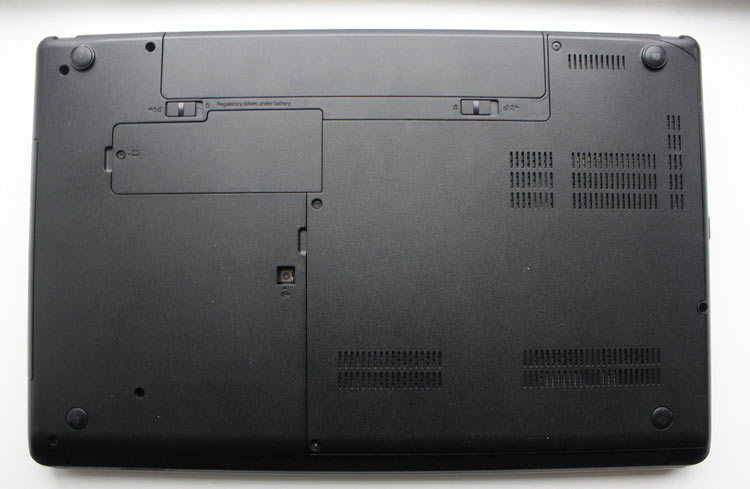 Underneath, the device is devoid of labels. Instead they are hidden under the removable battery.

Thanks to the rubberized feet the notebook stays in place even without the battery. The bottom also has two covers that allows access to all the important components; the smaller cover grants access to the mSATA SSD and the larger cover, the CPU, wifi module, RAM, etc.

Like most of its ThinkPad brethren the E530 has a plethora of ports:

On the left side you’ll find a Kensington lock socket (unpictured), followed by a heat vent and the VGA, USB 3.0, HDMI & 2x USB Super-Speed 3.0 ports.

On the right there’s the combo audio jack, a powered USB 2.0 port, Ethernet port & the power socket, flanking the the optical drive.

The front of the machine has a SD card slot and the stereo speaker grill runs along it underneath it.

The rear of the device is simply the battery and a heat vent and does not have any ports or interfaces.

Here is where I think ThinkPads have always excelled.

The chiclet keyboard features a separate number pad and virtually fills the entire case width. The keys have a nice, stiff stroke and with a lovely clicking noise, making it great for typing; ThinkPad idiosyncrasy is the swapped Fn and CTRL keys, which may take some getting used to. 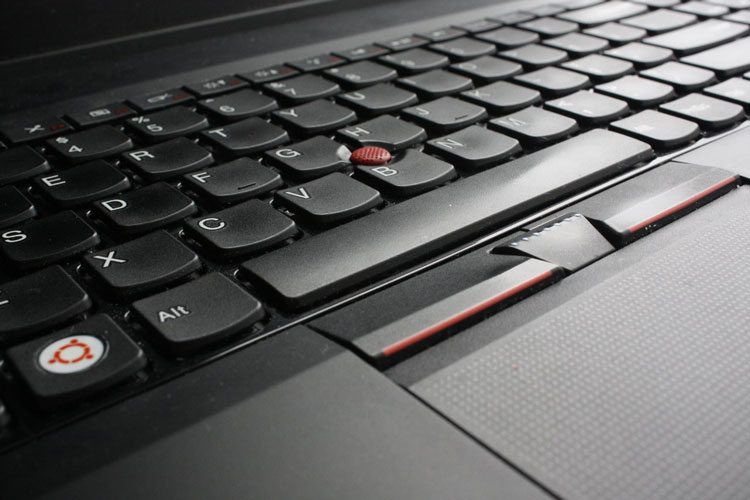 The keyboard also has dedicated function keys instead of the F1-F12 keys, which are now secondary Fn key combinations with those keys -again, this is adaptable or easily swapped in the BIOS.

The touchpad is large and lightly stippled and is a joy to use; the standard multi-touch gestures and scrolling are supported and due to the large surface area, can be implemented easily. The touchpad does not have any distinct mouse buttons rather, being a clickpad, it relies on software buttons, which work quite well under Ubuntu.

Also present, unsurprisingly, on the E530 is the TrackPoint; it’s precision and location amongst the keys, for optimal hand placement, has made it my preferred input method. Also, the three corresponding mouse keys are nicely placed for thumb use.

The display of the E530 is not disappointing, the colours look great and images are crisp. 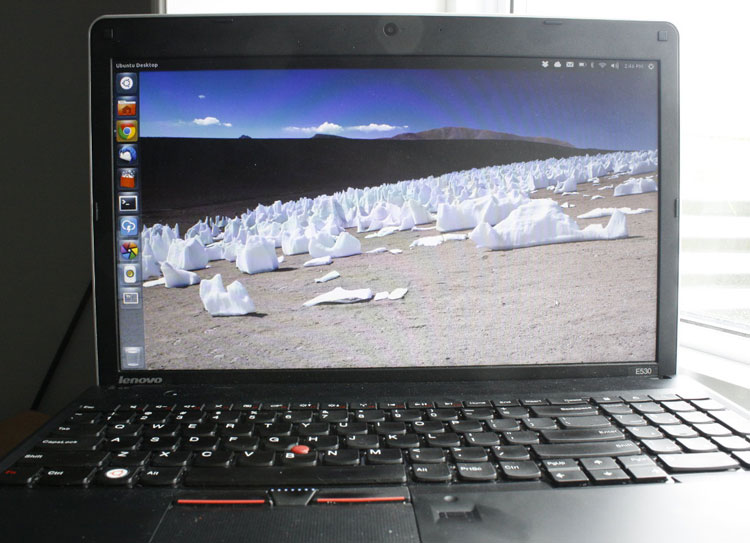 The dimensions of the display does not make it anywhere near “retina”, turning out an adequate pixel density 100.45 PPI, but the quality of the display makes up for this.

The matte finish dissipates reflections well and the high brightness settingsallow for the screen to be viewable in direct light, and low, in otherwise complete darkness.

As expected from a laptop in this range, the audio isn’t great; the speaker bar in the front is, as usual, very treble-heavy and hardly provides any bass or midtones. I would suggest headphones or speakers to provide a significant improvement.

The onboard 720p webcam and accompanying microphone is unimpressive, but serves their purpose well, for video-conferencing, self-portraiture, etc.

The ethernet port allows wired internet access, but the onboard wifi adapter will give you your mobility; there is a proprietary driver available for the wifi, but the open-source drivers seem to work quite well.

The bluetooth 4.0 module allows for peripheral connections and modest file transfer with devices and for mobile data, a SIM card slot exists underneath the battery.

One of the most important questions for any laptop owner: “how long can I be unplugged?” Knowing the true power consumption or battery life is difficult, however I found that the 6 cell Li-Ion battery, depending on usage and settings, ranges anywhere from 3.5-5.5 hours, which is nice. However, Lenovo does offer larger batteries for the more power-hungry user.

This laptop is blazingly fast. The hardware configuration makes for a great system, and with more powerful models and configurations available, it could be even better. I have never had issues performance wise, even under a heavy workload the system has never lagged nor have I found this laptop to produce a lot of heat or noise. It even has the performance for some moderate gaming.

Installing the Ubuntu / (root) partition on the SDD and putting the swap and /home partitions on the main hard drive, the E530 boots (to login) in ~10 seconds, which is lovely.

Ubuntu on the Thinkpad E530

The ThinkPad E530 is sold with that OS-that-shall-not-be-named, however installing Ubuntu by booting from a disc or USB drive is a breeze.

In Ubuntu 12.10, mostly everything works out-of-the-box. However, there are a couple hardware niggles that aren’t heartbreaking, but may annoy some: The fingerprint reader does not work by default; I haven’t taken any initiative into getting it working, as it’s one of those extraneous features I don’t use.

The ThinkPad Edge E530 makes for an all-round, excellent mid-range Ubuntu laptop, notwithstanding some insignificant hardware compatibility issues. Along with the excellent material and workmanship, it has solid performance and the 4 hour battery life is quite satisfactory. 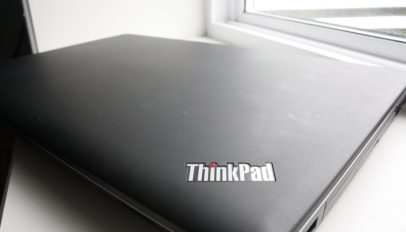 For Ubuntu users, it would be hard pressed to find as good laptop, at this price with such a high level of performance, quality, and compatibility. 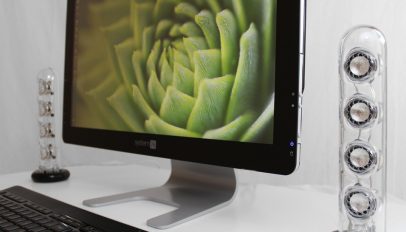