Earlier this week the fundraising antics of the NexPhone – a new hybrid computing concept – spread across the geek-web faster than a virus aimed at Windows.

The idea is to create a range of devices that can all be powered by a ‘smartphone’ running Ubuntu for Android. Plug in the smartphone to the special laptop dock and it’s a laptop; attach it to the monitor dock and it’s a PC.

It’s all a great idea. The catch? That’s all it is at present. An idea.

To turn the self-described ‘innovative design’ from concept to an in-hand prototype, NexCrea, the name of the sub-company behind the concept need $950,000.

And to get that cash they’re asking people like you to chip in through a ‘crowd-funding’ campaign.

Following the ‘buzz’ over the NexPhone in the geek-press, the project saw its pledge count jump from around $200 to almost $2,000 overnight.

Our coverage here on OMG! Ubuntu! was a little more cautious.

So earlier this week I put on my reporters mac, plugged in my USB typewriter and reached out to Emré Kosmaz, the NexPhone project lead, to get a better understanding of the motivation behind the project, what they’re hoping to do with the money, and what will happen if they fall short of the full sum…

One of my major concerns about the ‘project’ is the fact that it is just an idea. There are fancy renderings of how it wants to look, and a slick animated video showing off how the designer intends it working. But there’s nothing physical to demo, show off, or otherwise convince people with.

Maybe I’m just cynical; but the idea of a company with no prior experience in the computing hardware market hoping to raise $950,000 on the goodwill of readers didn’t sit well with me.

So I was pleased to hear that learn that Emre and his team have been trying to secure funding for the project from traditional sources for well over a year.

And, Emre tells me, although many of the potential investors approached liked the idea, some calling it ‘visionary’, their enthusiasm didn’t translate into the cold, hard cash needed to realise the concept in to real hardware.

No wanting to give up on their idea NexCrea turned to crowd-funding as a potential solution. Their hope is that the ‘high profile push of crowdfunding will bring …new opportunities, connections, and resources to manufacture the real consumer products.”.

For the NexPhone’s campaign the IndieGoGo service was chosen to host the raiser, with the sub-$1 million goal bound by a ‘flexible funding campaign’.

In english terms this means that whatever money NexPhone raise before their deadline can be kept (minus a small % that goes to IndieGoGo) regardless of whether or not their reach their actual goal.

Kickstarter, a similar, and arguably more well known crowd-funding service, operates differently. Projects that don’t reach their goal in time get nothing.

With this in mind I asked Emre what would happen should they fall short of the full amount, bearing in mind that they keep whatever they do raise.

“If we fail reaching our funding close to our goal we can find the investment for the gap,” he explained.

“But if it fails big, I guess [consumers] will continue to buy smartphones, tablets and laptops until someone else with better funding copies the idea and develops such a phone.”

Crowdfunding – The Easy Way Out?

In ‘the real world’ all new ideas are subjected to the financial equivalent of Darwinism: they either ‘work’ and prosper’ as intended; die from lack of profit/funding; or evolve into a more adaptable, realistic propositions.

As harsh a barrier as this reality is in the realising of dreams it’s undoubtedly a force for good: it makes businesses fiscally minded; geared towards sustainable, dependable success based on real world demand. 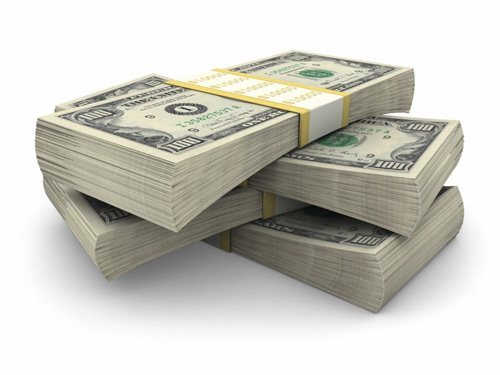 Crowd funding is a different beast entirely. People can pitch an idea – no matter how crazy – and have money flood in. There’s no bank manager to question the logic; no investment partner to ensure returns to. Just the goodwill of people willing to bet on the wing and prayer of someones grand idea.

As is typical for these sorts of events, people pledging tend to ‘get’ something in return for their money based on how much they pay. Stickers, t-shirts and your name on a website are some of the ‘rewards’ on offer to ‘investors’ of the NexPhone.

Which is unique for a hardware fundraiser, where the cost of the item is usually included in some of the pledges.

Even if you drop a whopping $5000 all you will get is a sticker, a t-shirt, a login to a ‘members area’ website, and lunch with the founder. So long as you’re willing to travel to the Bay Area, CA.

But hey – this fundraiser is to generate money to build a prototype so expecting a physical product at some point down the line isn’t… feasible?

Is There a Demand?

With the smartphone market expected to shift some 650 million units in 2013* Emre says that his business plan sees 100,000 NexPhone’s being shifted in this period.

Not an impossible task by any means. But when you think that Palm only shifted 408,000 Pre and Pixi devices with the aid of a massive marketing drive, the number begins to look a little optimistic.

But let’s not get ahead of ourselves. First come the prototypes.

Emre expects a 6 month turn around based on word he’s gotten from an ODM (Original Design Manufacturer). This, he tells us, includes regulatory approvals.

So $950,000 to take an idea from concept to prototype. The next step (assuming everything went as planned) would be production.

Where will the money for this stage come from?

‘We would definitely need a second round of investment for manufacturing of real consumer products,’ Emre told me.

‘But second round funding [will] be easier since we talked with many investors who want to be “followers” once we have the prototypes and ready for manufacturing.’

But Emre isn’t without a track record of building success from ideas. He’s the head of Kosmaz Technologies LLC – an internet phone company providing VoIP services since 2005, based in Walnut Creek, CA.

“We have built up our own infrastructure from ground up and providing VoIP solutions for Residential, Business and Mobile VoIP customers, he told me. “Customers benefit from lowest international rates in the market with no monthly payments and can use their service anywhere in the world with broadband connection.”

The technology to build and power the NexPhone certainly exists. But do NexCrea really have the technical know-how or financial resources to pull this off?

That’s, ultimately, for you to decide.

Home » Interview » Is The NexPhone Concept Worth Donating To?

lsatenstein Check OpenSuse with Android support. Its been there for a…
Ubuntu 21.10: Release Date & Planned Features