A “coverflow” view has been added to Unity ‘s development branch for Ubuntu 12.10.

The feature allows one to browse items by dragging them horizontally with the mouse, rather than the usual ‘drop down, vertical’ approach currently used in Unity.

‘Coverflow in Unity isn’t new: it was due to ship as part of Ubuntu 12.04 but was blocked for inclusion based on limited functionality (such as not being able to drag and drop icons from it to the Unity launcher).

But it’s back in Unity’s development builds. 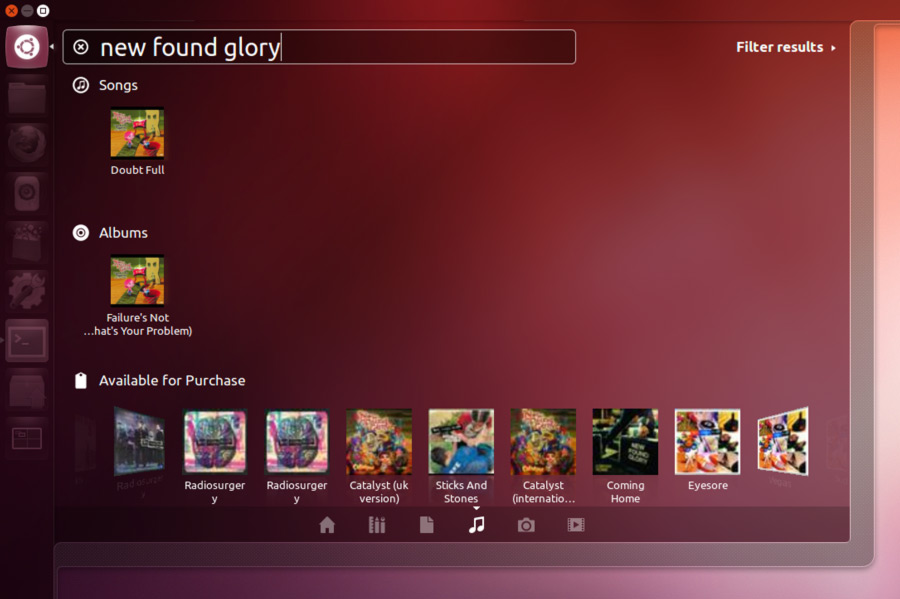 At the time of writing only the Unity Music Lens is using coverflow – and this makes sense given the lack of “drag off” functionality mentioned earlier.

But it does make browsing easier. With a click and a drag – rather than a click and continual scrolling – one can quickly sift through albums/music available.

There isn’t (yet) a way to switch between normal view and the coverflow in any lens, including the Music one. Whether it is or isn’t an optional toggle will be seen in the coming days.