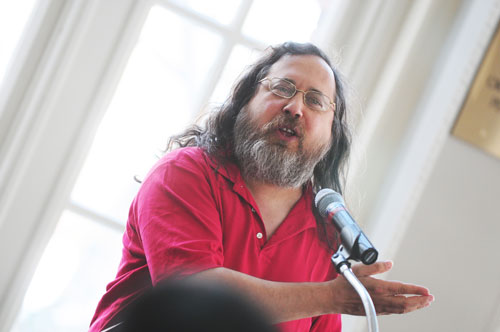 Richard M Stallman – one of the founding fathers of the Free Software movement – has expressed anxiety over games company Valve’s plan to bring their gaming wares to Linux.

The bone of contention in Stallman’s eyes is Valve’s frequent use of Digital Rights Management (DRM) within its software. Rights-encumbered software is, Stallman writes on his blog, ‘unethical’.

“They deny freedom to their users. If you want freedom, one requisite for it is not having non-free programs on your computer.”

DRM is intended to prevent unauthorised copying or distribution of game titles – a mechanism vital the survival of many digital content distributers.

Linus Torvalds, the creator of the Linux kernel, has already ‘Ok’d’ the notion of companies releasing copy-protected software – despite the fact that he does not personally like the idea.

But Stallman isn’t oblivious to the benefits that this move will bring, admitting that ‘availability of popular non-free programs on GNU/Linux [could] boost adoption of the system’.

“[This move] might encourage GNU/Linux users to install these games, and it might encourage users of the games to replace Windows with GNU/Linux. My guess is that the direct good effect will be bigger than the direct harm. But there is also an indirect effect: what does the use of these games teach people in our community?”

Do you agree? What impact do you think it will have?