A new-look Nautilus file manager has landed in Ubuntu 12.10.

The changes, which include a rejigged toolbar; new sidebar icons; and re-placed app menu, come directly from ‘upstream’ GNOME development.

GNOME developers have stripped back the file-manager interface to make it ‘more like a GNOME 3 app’.

Unfortunately for those testing Ubuntu 12.10 already, these changes are not without their drawbacks.

For one, Nautilus looks awful under Ubuntu’s default theme.

The good news is that this ‘strange look’  isn’t permanent. What you see above is simply the result of Ubuntu’s default theme (currently Ambiance) not yet boasting Nautilus theming support, something that will be addressed in updates over the coming weeks.

To help you better judge the changes here is the ‘new’ Nautilus under Adwaita:

The changes present in the update are, to be fair, pretty huge. Alongside a revamped toolbar come the following:

Such a drastic face-lift for Nautilus on GNOME 3 has left visible wrinkles in Ubuntu Unity.

All of these questions, and no doubt many more, will be answered over the coming weeks as thew new Nautilus settles in – just give it time. 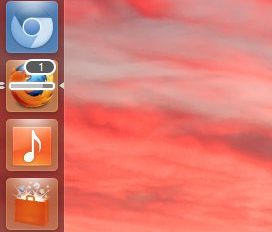