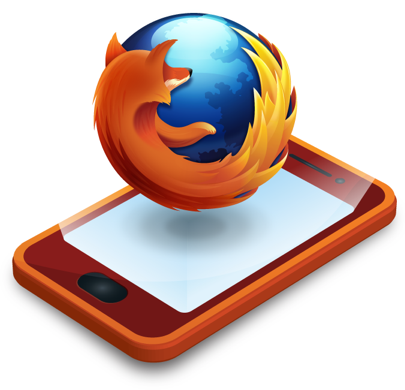 Firefox OS devices will be ‘built entirely to open web standards’ Mozilla say, ‘where all of the device’s capabilities can be developed as HTML5 applications.’

Early 2013 will see the first Firefox OS phones launch in Brazil, with other markets to follow thereafter.

Work on a Mozilla-backed mobile operating system has been going on for the last year.

Called ‘Boot to Gecko’, the project tasked itself with ‘allowing HTML5 applications to access the underlying capabilities of a phone, previously only available to native applications.’ in B2G every application on the phone, be it SMS, Camera or dialer, is an HTML5 application.

But will the largely HTML5-driven devices sport a wide enough feature set to be able to compete with the slickness of Android and iOS?

In all honesty I have no idea.

My gut tells me that if RIM, Palm, Bada, Meego and, to an extent, Microsoft can’t make inroads into the two-horse OS race of Android and iOS, then what chance does Mozilla stand?

But the bones of today’s announcement tell a deeper story. We just have to look at where the first devices are being launched: Brazil.

Brazil is an emerging market for smartphones; a place where some 19 million people own one, but where iOS and Android are not the dominant players.

Cheaper, low-end, smartphones rule the roost here. It’s a place where an underdog competitor can get in early and short up marketshare; a place where an open-source OS, coupled with capable but affordable hardware, could really excel.

And Mozilla are acknowledging this. Boot to Gecko has been engineered for ‘entry-level smartphones’, helping to drive adoption across developing markets.

What would make you switch from your current mobile OS to Firefox OS?

New To Ubuntu? Check Out The Ubuntu Manual
Read Next