Ubuntu 12.10’s new logo has been put on show at the Ubuntu Developer Summit.

Although the summit itself doesn’t kick off until Monday 7th the branding for it is all around the hotel where developers will be staying during the five-day long sojourn. 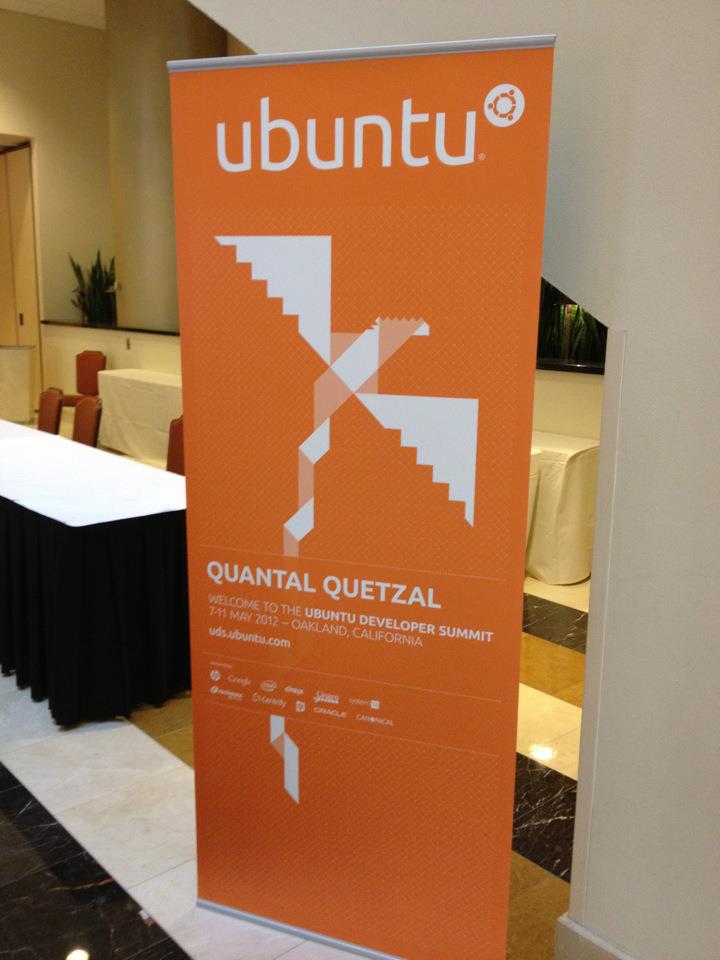 Aside from decorating signage at UDS the logo will likely be used on other Ubuntu 12.10 branded items such as t-shirts.

Think that visual logos for Ubuntu code-names are a relatively new introduction? Nope. They seem to have been informally introduced during the Ubuntu 9.10 development cycle, which used three ovals to create a ‘Koala’ face.