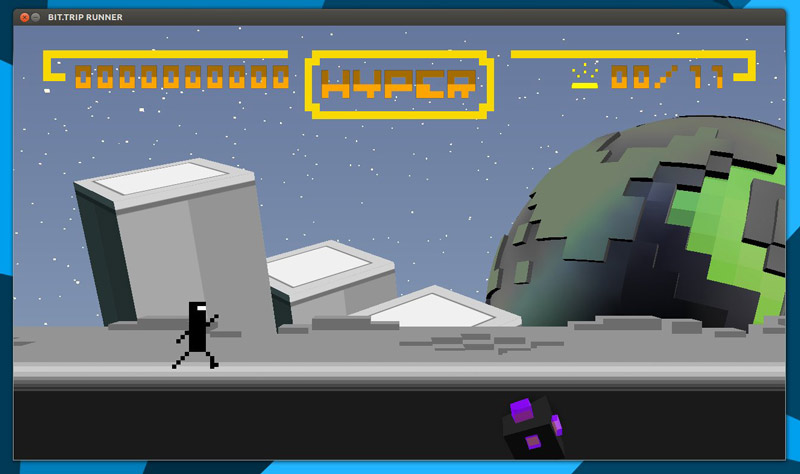 The critically-acclaimed game is described by its developers as ‘the fastest, most exhilarating music/rhythm-platformer to hit Ubuntu!’.

In Bit.Trip.Runner you take control of a ‘running’ character called Commander Video and must get him to jump, slide, duck, etc as he comes up against obstacles.

You are not, however, in control of him running. There’s no time to stop and deliberate when approaching an obstacle, so quick thinking, and even quicker reflexes, are called for.

That and plenty of patience; every-time you hit a mound in the road, fall down a gap, or get squashed by some cute-looking pixel monster you are hauled right back to the beginning of the level to start over.

Bit.Trip.Runner is possibly the finest indie game title to grace the shelves of the Software Centre thus far.

With over 50 levels spread over 3 zones, and boss battles at the end of each, there is an insane amount of play value to be had for $9.99 – so if you didn’t grab the game as part of the Humble Indie Bundle 4 last December now’s your chance.