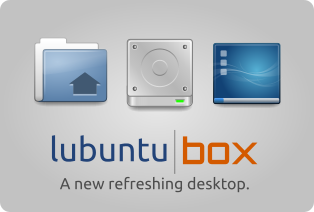 Lubuntu is about to get a brand new icon theme — and about time, too!

Little is known about the set, called ‘Lubuntu box’, so far, however the Lubuntu team have said that it will initially only consist of ’a few icons’.

From the image to the right I would go as far to guess that those first icons will be basic folders and other ‘file manager’ sidebar emblems.

A design guide is being developed to help ‘create the main look [of the] line.’

The Ubuntu-based spin currently uses a tweaked version of the elementary icon set as part of its default appearance.

David Ability to choose and hide default bookmarks on the left…
And We’re Off: Ubuntu 21.04 Development Begins