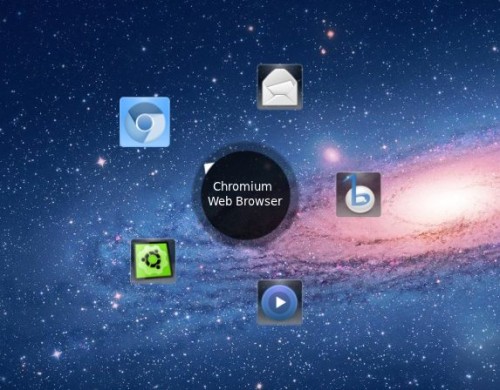 A new release of visually slick application launcher GNOME Pie has been made available for download.

This latter is particularly notable, with the adding, editing and rearranging of items within a ‘slice’ tweakable from an almost WYSIWYG editor. 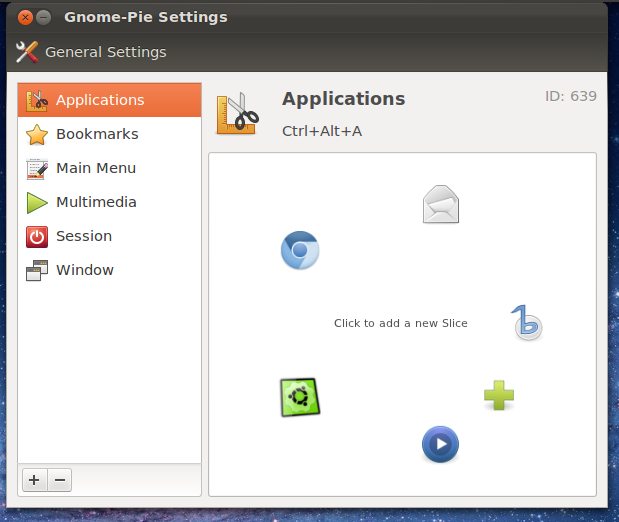 Tailoring shortcuts to suit your workflow remains as capable as in previous releases. 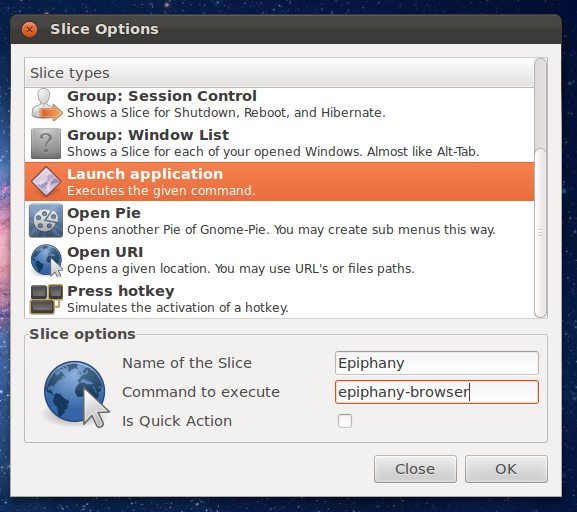 How to Install GNOME-Pie in Ubuntu

GNOME-Pie can be installed in Ubuntu 10.10 through 12.04 by adding and installing from the developers official PPA. Despite the ‘testing’ in the name this PPA houses the latest stable release.

After installing GNOME-Pie can be launched from the Dash by entering ‘GNOME Pie’ into the search bar.

The application launches ‘silently’; press Ctrl+Alt+A to reveal it. To open the configuration window just launch the ‘GNOME Pie’ from the Dash again.

You can watch an older version of GNOME-Pie in action below.