Ubuntu 11.10 Alpha 2 is expected late next week. To help temper your appetite until its release here are a couple of recent changes in Oneiric…

Ubuntu’s unique Overlay Scrollbars have been tweaked a little. Now less round and sporting a new ‘thumb’. ‘Modal Dialogs’ have made their first appearance in Unity 2D: There’s no more ‘About Me’ dialogue as a result of the shift to GNOME 3: – Support for a new ‘Classic Guest Session’ (though at the time of writing this doesn’t actually do anything yet): – 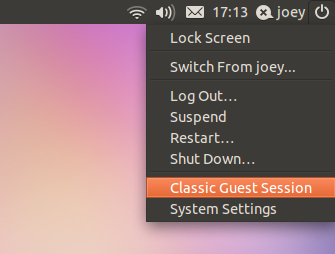 Thunderbird will very shortly be replacing replacing Evolution as the default mail client in the Oneiric Alpha. The Ubuntu-meta package lists it as a default inclusion, with Evolution and some of its associated package being removed.

As with all Oneiric developments and updates we report on what see above is subject to change between now and October.