A new Twitter client by the name of ‘Schizobird’ has been under development by Ubuntu user and avid community-goer Conscious User, with the focus on rock solid multiple account support. 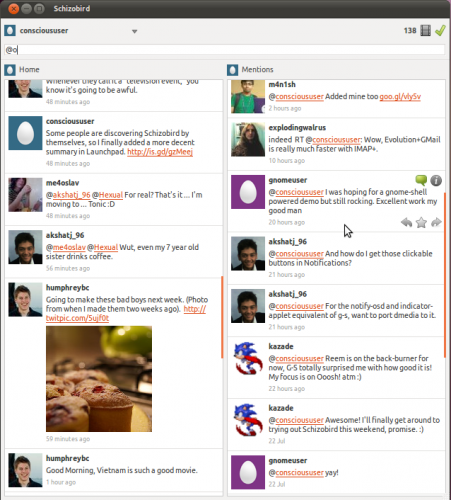 The name Schizobird was derived, in part, from the Greek word “Schizo”, meaning “split”. With this in mind Schizobird has been designed to handle multiple accounts and columns gracefully.

Schizobird is heavily oriented towards multiplicity. Not only of accounts, but also of columns.

I asked Conscious User why on earth he decided to create yet another Ubuntu Twitter client for what’s already an over-crowded market with other apps such as Gwibber, Hotot, Choqok, Twitm, Qwit, Oosh, and Tweetdeck – just to name a few!

“Well, the reason is a conflict of philosophy: I have multiple Twitter accounts but have *no* interest in seeing them merged. I want to *switch* between accounts, not toggle accounts on and off, for example. And I want to keep the streams always separated. But most of the current clients who accept multiple accounts are optimized for merging, so I decided to scratch my itch.

This is actually a fairly common use case: the most prominent example are people who create accounts for their products and companies, like you and Joey with @omgubuntu and @ohsoltd.

Also, there are people like me who maintain a “personal” and a “professional” accounts. This is to overcome a limitation of Twitter lists, that separate friends but not followers. Google+ circles solve this, but I don’t see myself leaving Twitter any time soon.”

Schizobird comes with a variety of features other than simply supporting multiple accounts. It also manages image uploading, username autocompletion, and show-on-hover GUI elements which lend a clutter-free interface.

Eventually, Conscious User wants Schizobird to do everything the Twitter website can. ‘For the design and features, I am following a philosophy of “API maximality, GUI minimality”. My plan is to support all Twitter capabilities, but at the same time I want to keep a clutter-free interface.’

You can try out Schizobird by downloading the source code from Schizobird’s Launchpad project page and running an executable. As it’s in very early alpha stage, unfortunately no packages are available yet but this may change if the demand for another Twitter client is high enough.

Don’t forget to report any bugs you find, and follow @conscioususer on Twitter for the latest updates! 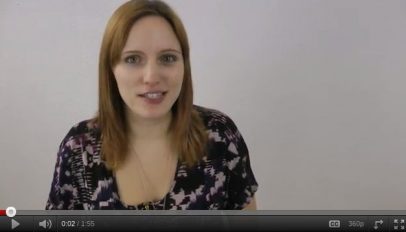