The folks over at Rovio, creators of the now famous Angry Birds, have unleashed an HTML5 version of the popular game that’s designed to run in Chrome (or Chromium!) on any operating system.

Yes, this means that you can now play Angry Birds on Ubuntu, and luckily the performance of the game web-ified is still up to scratch.

Rovio currently have native support for Angry Birds on a number of mobile and desktop platforms such as iOS, Android, Windows Mobile, Amazon Kindle, Mac OS X and Windows, but have never supported Linux natively which means Ubuntu users have been left out in the cold till now. 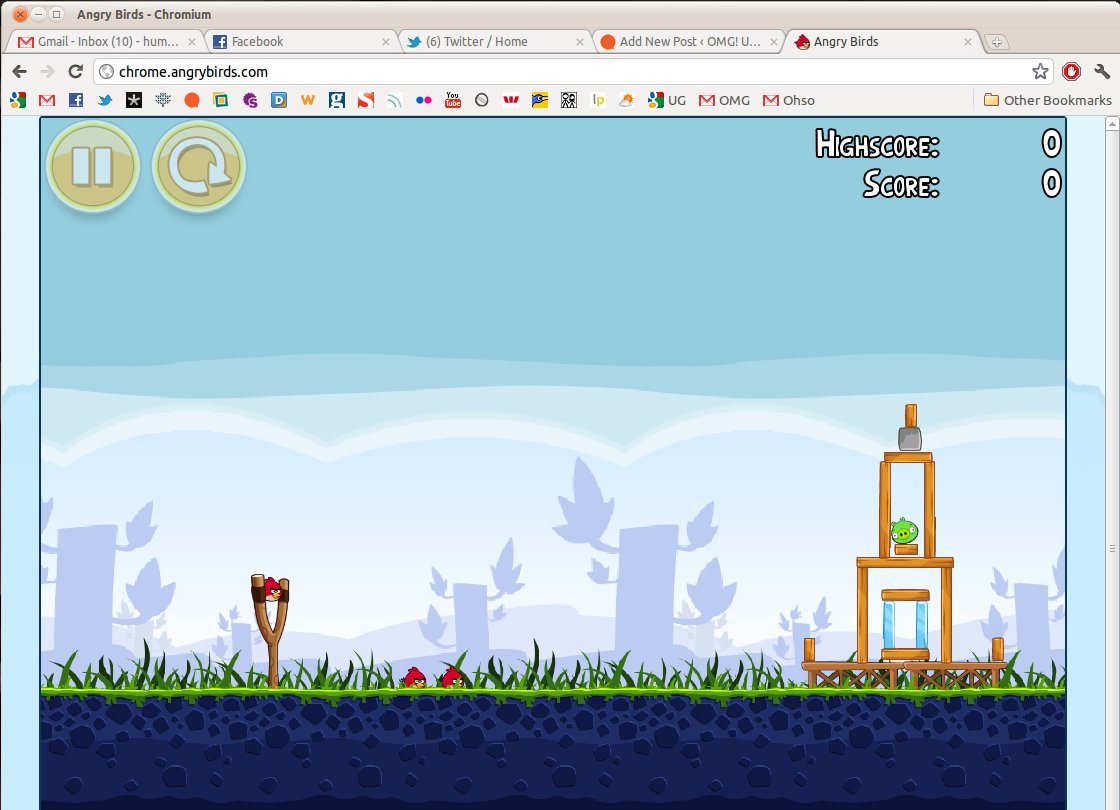 Unfortunately I couldn’t coax the game into running under Firefox 4, but you may have more luck.

Check it out at chrome.angrybirds.com