David Reichling has created a bunch of neat mockups of how Unity should behave, most notably around the Launcher and Dash button. He shared his ideas with me via Twitter, and I thought they were so cool I’d have to publish them on here.

The mockups aren’t static – they’re actually hacked up in HTML and Javascript and can be interactively tested through a browser.

David has created 5 different ideas which explore different positioning of things in the launcher, as well as different behaviours for the Ubuntu button in the corner of Unity which loads the Dash.

He’s also played around with Windows 7-like window previews, which I think are totally cool and a functionality I’d love to see implemented in Unity down the track. 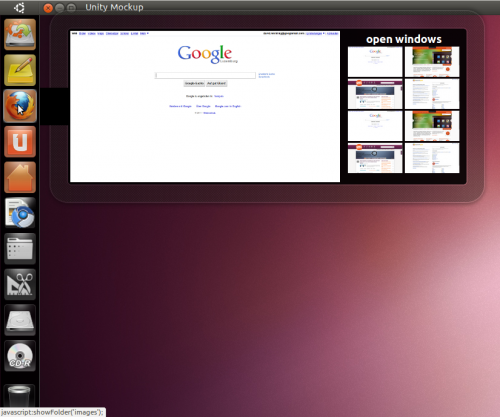 I particularly like his idea in number 3, where the mounted volumes are only displayed when the Ubuntu button is pressed.

I think this is a much more elegant solution to displaying volumes in the Launcher than the current method used in Unity, which has them all squashed in a concertina at the bottom of the screen. 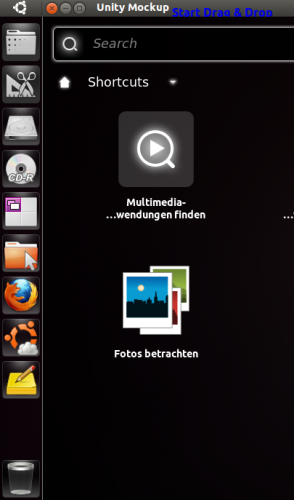 For comparison, here’s current Unity with the latest updates. Notice how the volumes (in my case, tonnes of hard drives) are squished down at the bottom. 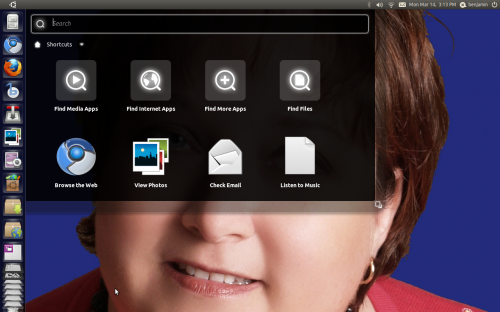