We once labeled it no more than ‘Banshee with ads’, but Moovida core media player has really come on in leaps and bounds since then.

Two big changes have landed since our last, albeit acerbic, look at the player: a new ‘theme’ and the introduction of ‘Moovida Immersed’ – a beautiful 3D interface for browsing your video library.

Having ditched its buff gray and familiar Banshee layout for something a bit different Moovida has moved away from looking like nothing more than ‘Banshee for Windows’. The players controls have been moved to the bottom of the app window, a ‘genre’ pane has wiggled into the filter pane and a deadly black colour scheme tries to exude ‘slickness’ but, in all honestly, just looks naff. 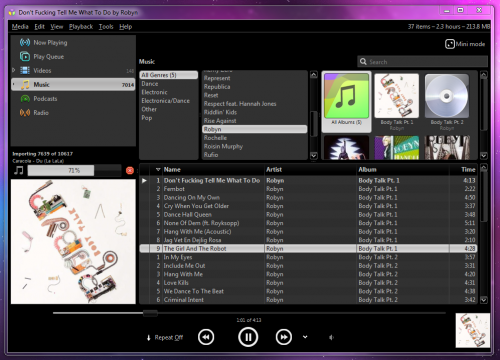 The gold is in the ‘Moovida Immersed’ view. This super slick 3D animated view runs full screen and is designed to be used with an apple remote (of all things), although navigation with a keyboard still works if you’re wanting a quick play around. The screenshot below doesn’t quite capture just how fluid the interface is when browsing – if you have Windows knocking about on a partition I highly suggest giving Moovida a whirl. 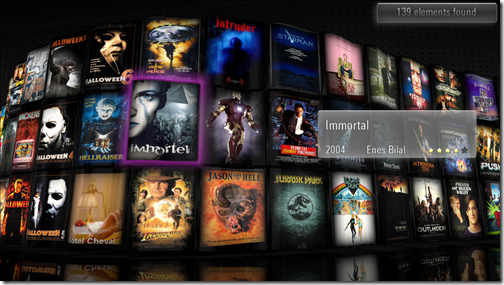 So what’s the LD on the Linux version and, more importantly, is the slick immersive media centre mode coming to Linux?

I asked Moovida but the answer they gave shed little light on the matter. In their reply they said was that a Linux version of Moovida is “coming really really soon” and they are “working very hard” to get it out ASAP.

If Moovida is to stand any chance of being a serious media player contender on Linux it will need to add something above and beyond what is already available elsewhere. Could the media centre mode be just that?

I really think it could.

Moovida is currently in Beta for Windows. Download @ moovida.com/download/