I’ll cut to the meat of this review right away: Bodhi Alpha 4 has had a dramatic makeover. The new default E17 theme – called A-Nogal-Bodhi – gives the whole desktop a lighter, less oppressive feel than the black and green ’80’s terminal’ theme previously used.

The icon set has been changed to the popular Faenza set. 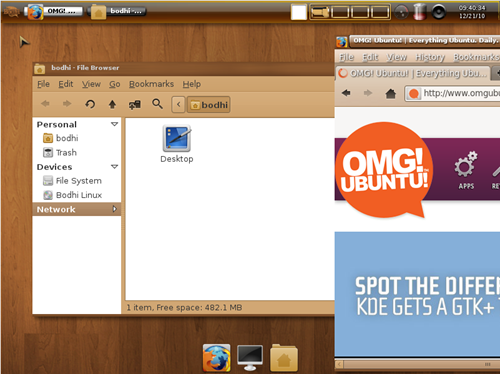 Firefox has been updated to the latest 4.0 beta and the bundled persona is now a  smooth brown, usurping than the gratuitous green previously used.

On the boot side of things a new GRUB screen, re-themed Plymouth, boot splash and Login screen background keep up the visual consistency. 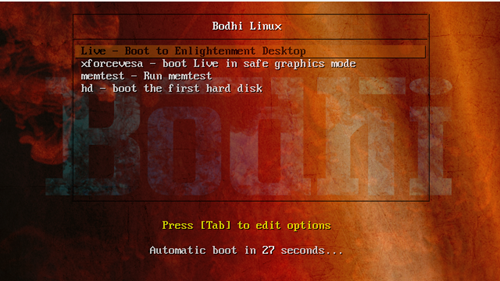 The disc size has been further reduced thanks to the removal of unwanted packages,

Whilst I totally understand the ‘minimal’  approach Bodhi takes I do feel it could further its identity by offering the odd extra application by default. Were I to use Bodhi as a LiveCD I’d be rather stuck with ‘what it can do’.

In all Bodhi Alpha 4 continue to make impressive strides both as an Ubuntu-based OS and as a distro in its own right. It’s slick, small and slight and, as we previously remarked, the ‘minimal’ nature of the base install means that potentially it can be anything you want it to.

The first stable release of of Bodhi Linux is targeted for the end of February.

Activity Journal getting a new View
Read Next