From deep in Hanger 18, your reporter is proud to bring you some exclusive Banshee goodies. 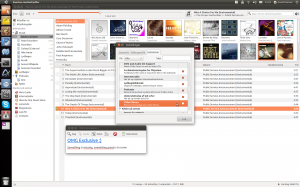 Olivier Dufour, who previously brought Last.fm fingerprinting to Banshee as well as subtitle support, has been hard at work not just on the DVD support we reported on previously but also moving Banshee’s video support into an extension. Which means users will be able to dis/enable video support at will. This is not however Olivier’s end goal, while a highly requested feature on its own, this is merely the foundation needed to support the TV Show support he is working on. Right now the work is at an early stage but we would appreciate assistance with mockups of this feature. Interested parties should read this thread from our mailing list.

The Banshee community also welcomes Dustin C. Hatch who has been working hard cleaning up Banshee’s build on Windows. Dustin has been submitting lots of patches and work getting a Banshee to build and run on Windows is progress rapidly. Already basic Banshee functionality is present and playback of music is working. This work has resulted in improvements to Banshee which benefit all of Banshee, when however this will be in a releasable form the Banshee community would feel comfortable supporting is still uncertain but progress is promising. 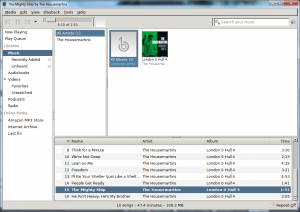 Alex Launi has been working on power awareness in Banshee, initially to solve the problem of what to do on resume if Banshee was playing when the machine suspended. If we were to model current behavior in competitors, Totem would apparently crash and Rhythmbox would resume playback. Neither seemed like good approaches to Alex, but what was felt to be an elegant solution was found and future Banshee releases will fade in and out accordingly in this scenario once Alex’s patch is merged.

This support will also allow Banshee to allow for other extensions to become power aware, such as Mirage e.g. could turn off when running on battery. A long standing problem which now has a solution in sight.

Banshee has become quite stable and most of the problems now stem from the platform we build upon. Some of these are easy to fix but critically our GNOME bindings are less than optimal and is starting to show up as a problem for applications such as Banshee. GNOME 3 will change the landscape and to address our shortcomings we need to support this new platform. Luckily as part of the GNOME 3 platform a solution exists for this (GObject-introspection). The only problem is that writing the code to take advantage of this is time consuming and the project that does this job is still in it’s infancy.

To change this and accelerate the arrival of a full GNOME experience for .NET developers as well as more stable, featureful applications for users something needs to happen… and it will.

Personally I have been working on documenting the bug reporting experience for Banshee on the GNOME Wiki under the Common Questions page but more importantly I have also been working on another project for some months now which I am proud to announce.

After FOSDEM 2011, in addition to repeating the massive success of the Mono room at FOSDEM from last year, we are having a 4 day hackfest with the aim to provide a superb .NET developer experience for the GNOME 3 platform.

We will have a lot of clever hackers working on this as well as solving the long standing problem that is our .NET DBus support. I will be there to report to the OMG readership as well as continuing work on the bug reporting experience. I am hoping to get Jonathan Ernst in the room to hash out how we can handle portable player support in the future and how users can report when their new phone or mp3 player is not discovered. Olivier Dufour is planning on working on TV Show during the hackfest as well. Everyone else will be focused on the GObject-introspection work which is required to create the .NET bindings for GNOME 3.

So there you have it, while the recently released Banshee 1.9.2 was pretty boring, only featuring mainly 33 bugfixes, we have not been relaxing after entering the New Year. We are also happy to see our community continue to grow. We look forward to showing you great things in the future.