Jolicloud – the company behind the Ubuntu-derived netbook operating system of the same name- are to launch their very own net/notebook dubbed the ‘Jolibook’. 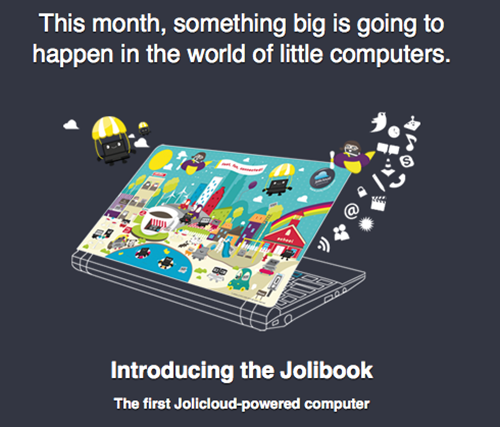 The device is to run Jolicloud 1.1 (which we covered a few weeks back) on 250GB hard drive (presumably HDD rather than SSD) powered by a dual-core Atom N550 CPU running at 1.5GHz and, one imagines, at least 1GB of RAM (although my money is on 2GB). Specs beyond that are unknown.

Jolicloud do promise that that the display will be “gorgeous” and that the whole bundle will be pitched at an ‘affordable price’.

Like the OS inside, the shell is easily one of the most striking Linux-powered devices I’ve ever seen (Sorry System76 Starlings). For this alone I covet it!

Jolicloud has always had its own playful identity so it feels natural to see it embodied in the hardware visuals. Opting to sell the OS pre-installed on a generic,no-brand identikit netbook  would have been the easy – probably cheaper – option but I’m stoked they didn’t. 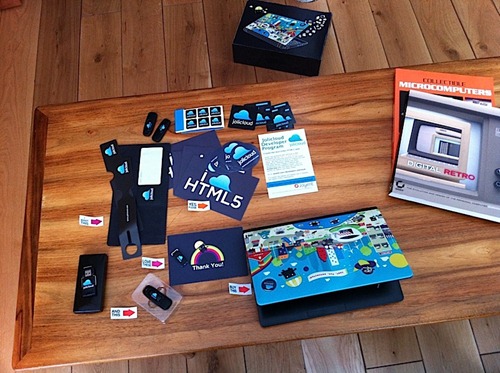 Now to some the brash, hectic back cover may seem  nothing more than simple dressing but, to me at least, it represents a lot more than that. For so long Linux-powered netbooks have sought to hide the OS inside. Early Xandros powered EeePC’s came armoured in ‘compatible with Microsoft/office/works/outlook’ stickers, slogans and packaging. Ubuntu-powered Dell’s netbooks have been treated like the  black-sheep of computing, hidden from easy-access, not supplied in X, Y, Z markets etc.

So seeing the Jolibook revelling in what it is – it’s own unique brand of Linux – is very powerful: It proves Linux can have an identity, can be proud of that identity and move  beyond pandering to the worries of marketing men not sure how to ‘sell’ Linux to the masses.

I almost want to call this the first true Linux netbook – but that may be seen as going OTT.

No firm release date has yet been given, likewise where or how the Jolibook will be purchasable remains also without detail for now.

But you can bet that the second I know you’ll know.