Excuse the dodgy pun but Ubuntu 10.10 is going to be a fantastic release for many reasons, not least of which is improved ARM architecture support.

Amongst the many improvements the Ubuntu ARM team have made happen this cycle are support for the community-driven, high-performance, embedded Dual-core ARM Cortex A9 mobile development OMAP4 Panda board and the forthcoming Beagle board XM which boasts 512mb of low-power RAM and a nippy 1Ghz Cortex A8 processor.

Just in case you fear installation of Ubuntu on ARM will be some terminal-filled nightmare  the team has also sought to provide preinstalled SD images which, when installed to a SD card and booted for the first time, expand to present the user with a welcome screen.

Thanks to another community effort Ubuntu will be installable on Toshiba’s recently released Android-powered Toshiba ARM netbook. 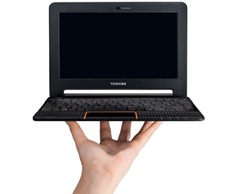 The Nvidia Tegra2 based device comes pre-installed with Android but, via some hackery-pokery, a fully working Ubuntu ARM image is available although for now there are also various other niggles including a lack of sound support.

You can find more on Ubuntu for the Toshiba AC100 @ ac100.gudinna.com

Home » News » Ubuntu Gives Maverick a shot in the ARM