Running a custom version of Ubuntu on your iPhone or iPod Touch may sound crazy but it’s yet another example of the versatile and adaptable nature of Linux as a whole.

Now, If your first question to the title above is “Why?” then iX – which brings an XFCE-toting Ubuntu-based distro to the iPhone/iPod touch hardware – probably isn’t for you. But if you were left thinking “No way! Cool!” then read on! 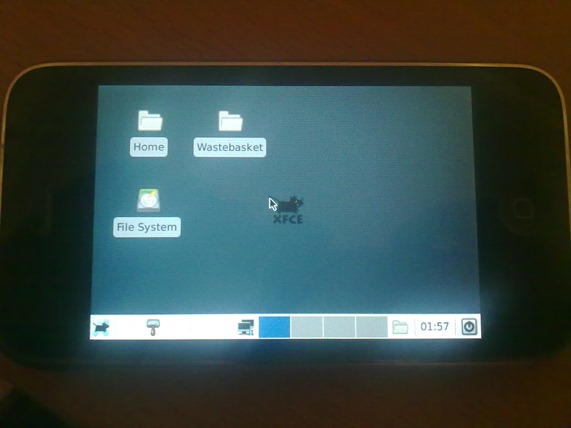 iX – What it can and what it can’t do

To boot iX alongside regular iOS users need to install Open iBoot – and open-source version of Apple’s iBoot that allows Linux to be installed/booted in the iPhone.

iX itself is based on Ubuntu 9.10 Karmic and uses XFCE as the default desktop environment. Whilst LXDE would be a much better fit, being both lighter and more resourceful than the comparatively bloated XFCE, it does nevertheless work.

Wicd is used for networking, which works, the touchscreen works, but don’t expect multi-touch just yet, however sound is yet to be successfully implemented. You can’t make calls, send texts or tether the device quite yet but given the system as a whole is incredibly slow this is a boon rather than bereft!

As it is currently iX is inelegant, it is slow but it is also bloody cool.

The team have a raft of optimizations and improvements planned, including: –