Canonical design team member Otto Greenslade has confirmed that the new Ubuntu Light theme we showed you yesterday is indeed the real deal. 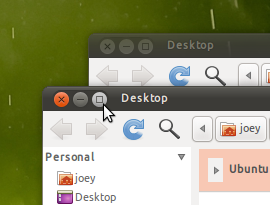 Speaking on the Canonical design blog he details some of the more apparent changes we noted in our previous post as well as offering up some of the reasoning behind said changes.

Speak about the ‘evolution’ of the theme he says:

“I have been working extensively with Andrea Cimitan (creator of the Murrine theme engine) over the last couple of months to improve and accelerate our workflow. It’s been fantastic having his extensive knowledge, ideas and fresh perspective to fine tune across the board.”

Better yet you can try the new themes out using the packages at the link below: – 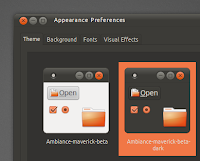 Otto touches on the new ‘dark’ theme we revealed yesterday and, as we suspected, reveals that it is very much a WIP: –

“It seems that the dark version of the theme has been leaked. …*at this stage* is not necessarily intended as a full theme but to be used by certain application environments that would benefit from a darker UI, for example: image/photo manipulation and video editing.”

New Icons
As an end note Otto also reveals that a ‘shiny new icon theme’ will be sought within the next year, with a brief for submissions going out shortly. Continuing he says: –

“We’re looking for something truly special and would very much like some of the innovation from the community to shine through â€” to be the icing on the cake to our desktop identity.”

Franck P. Rabeson On one hand, yay, new Blender! On the other hand,…
Blender 3.0 is Out â€“ And It'll Blow Your Socks Off