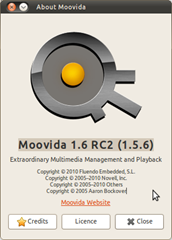 With yesterday’s release of Banshee fresh in my mind I decided to take the latest version of the Banshee-derived Moovida Core Media Player for a test drive in Ubuntu.

Moovida Core is, essentially, a tweaked version of ‘Banshee’ with some proprietary services, plug-ins available and, somewhat distastefully, adverts too.

When we last spoke about the app we dubbed “Banshee with ads”, the player was only available to test on Windows. A full public release for all platforms was targeted at June 2010 but as of July this has yet to materialize. Thankfully, as a Moovida beta tester, I’ve been able to try the Linux build out for the last few days.

Moovia 1.6 RC2 is based on Banshee 1.5.x series so most of the feature present in Banshee during that release (plugin wise) are all here – wiki, internet archive, last.fm, YouTube, etc. Curious to note that none of the fabled ‘commercial’ plug-ins or auxiliary services are present as of yet – but then neither is the the ad system!

The layout and look of Moovida Core is pretty much the same as that in regular Banshee: side pane and browser on left, main window on right. This is no great revelation. 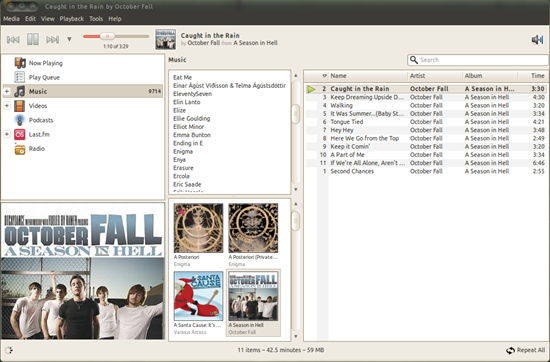 Where the application does deviate noticeably is in the look of the text (more on that in a second) and in the extremely wide “cover art” area which will, at some point, presumably display adverts as per the Windows version. Worse still it’s locked: you can neither widen or slim the side pane down making the side pane almost as wide as the content panel!

Back to the font “issue”. Banshee adheres to your system fonts, Moovida doesn’t. This, surprisingly, makes Moovida look cleaner to look at than Banshee with my system font but this is sure to be a chagrin for most users who seek uniformity between their applications. 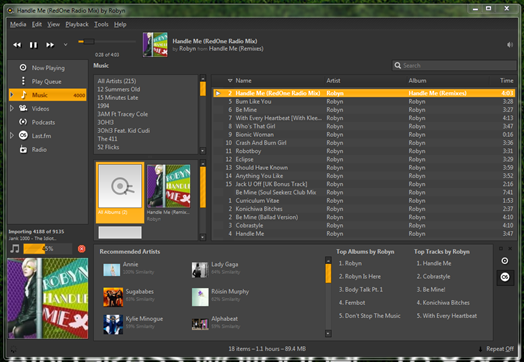 Given Moovida Core is based on Banshee 1.5 it’s no massive revelation that, in comparison, it feels less snappy than the latest release from the Banshee team. I’m always wary of putting too much emphasis on user-discerned ‘performance’ but the application did feel quite sluggish at times.

Physical performance was a little higher than regular Banshee. Given this is not an apples to apples comparison -  I’m using Banshee 1.7.x – I won’t put too much credence on that point.

Home » Reviews » Moovida Core Media player RC2 – Worth getting excited about? Not yet.