If applications were movie genres then Docky would most certainly be a gore film. The rate at which it  haemorrhages new features is bloody impressive. (See what I did there? No… Moving on…)

So what is being mooted, made and merged in Docky land of late? As always there’s quite a bit, but here are a few of exciting developments that I’m stoked to see maturing.

Although, fellow readers, be smart: you’re not going to find these in Docky Stable for a little while yet!

The moaners wanting a docky-only desktop will most certainly be thrilled to see this beauty of a plug-in by the swell Isak Karlsson which adds Application Indicator support directly on Docky itself. 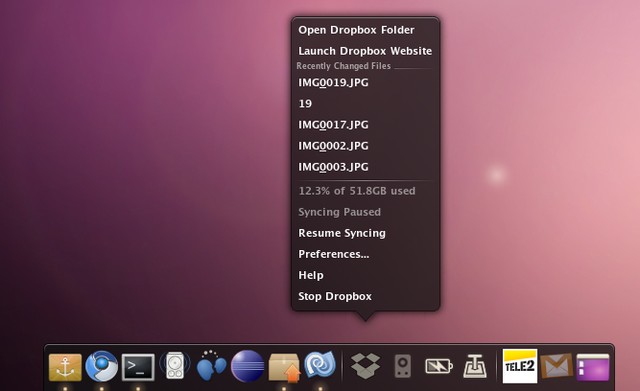 The plugin places indicator applets for open applications in a section of the dock -which is pretty nifty!

Also worth mentioning that Ubuntu Unity’s super not-a-dock launcher sports a similar feature – although it attaches indicators to the respective open application icon rather than creating a separate instance.

Since we last mentioned Docky’s ‘Stacks’ feature it’s come on leaps and bounds. A lot of the previous issues/glitches it suffered from seem to be resolved and stacks display really solidly, integrating with the supplied themes well, too. 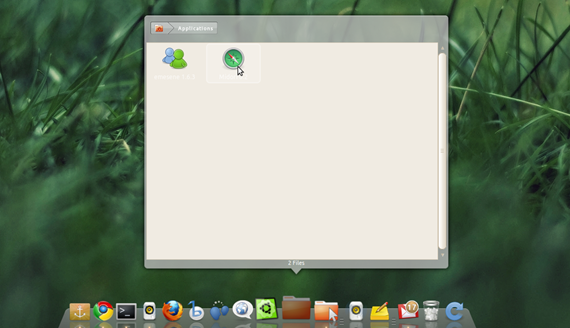 Admittedly this idea is nothing more than a mock-up currently but is worth highlighting here anyway.

The concept is simple: click the ‘menu’ icon (in this case the Elementary logo) this morphs into an application menu. Click the icon of the application category and a list flies out letting you choose the application you want. The design is the work of the ever-ace Chawsum – who’s Sezen + Docky concept we featured a week or so ago.