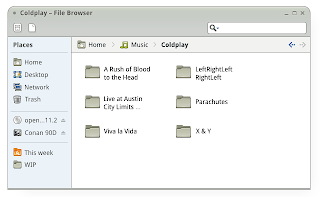 We’ve covered tweaks, add-ons, analysis, proposals and more when it comes to Nautilus.

Garret LeSage’s design idea’s for Nautilus cover’s much of the same ground as some of the other analysis that we’ve looked at before, but it does present a very good, straight up design spec, rather then just smoke blowing. While this isn’t technically an upstream design, it is a very good set up that could very well be pushed upstream.

So give his post a read, if you’re interested in it. He has some very great graphic mockups as well, so head on over, right here.

Shiba I don't have an account, sorry. If you test the…
Flash ISOs to Multiple USB Sticks on Linux with Popsicle

seatex Installed from .deb, and it does indeed seem to run fine. Thanks!
LibreOffice 7.0 Released, This is What’s New