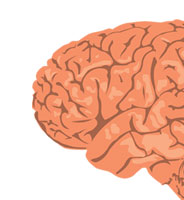 Another day and another selection of ‘news in brief’. Eyes down for a full house…

F-Spot pushed out a new release yesterday. The release comes a few days after Ubuntu decided to install Shotwell as default imaging application in Ubuntu 10.10.

Our loyal Banshee and now F-Spot – self-described ‘news canon’ David Nielsen sees a lot of positives between the lines of the new release: –

“More exciting though is not only is this coming with the new development branch and big improvements to come, nor the promise of openness with regards to backporting important fixes to the stable branch. If you ask me, the best part is that one improvement in this release came from the Ubuntu One Hundred Papercut effort.”

Perhaps a signal for Ubuntu to keep faith with F-Spot? Only time will tell…

The Pidgin developers have been bird at work… er… hard at work releasing version 2.7.0 of the IM client to the wild a day or so ago. Users will find that most of the improvements in this latest release are under the wing… I mean hood.

If you’ve not bought/requested an Official Ubuntu CD but want something spiffing to house your Ubuntu 10.04 CD in then look no further than maroubal2‘s printable case design.

He notes: “This case is easy to make and only requires one sheet of A4 card or paper – just print off the .pdf file in the source pack.”

One piece of news this week that is sure to excite web-based developers was the news that Servoy, the javascript-toting development and deployment platform, has gone open-source. Whilst JAVA developers may be excited it’s worth noting that they aren’t Servoy’s target audience, with Servoy CEO Jan Aleman telling SDTimes.com: –

“Our target group is someone who would be coding in a 4GL language, like Delphi [or] Visual Basic, and developers doing PHP or ASP.”

More on Servoy’s announcement can be found here & here 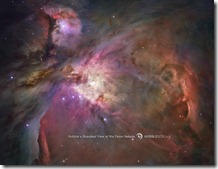 Jonathan from the UAE, for that is the name he gave us, popped this wonderful tip in our inbox: –

“For folks who like the new Lucid theme and colors, but don’t like that blurry wallpaper graphic [this is] the ultimate replacement. This is an amazing(and REAL) photo taken by the Hubble telescope. It’s got the same exact color scheme a Lucid, too — in fact, it almost looks like Ubuntu stole it from here!”