Nautilus-Elementary – the simplified and gorgeous file-browser that is fast turning heads everywhere – will soon be adding a new feature that users the world over have been asking GNOME developers to include by default since 2001: A toolbar editor for Nautilus.

As ever, the Nautilus-Elementary team seizing the initiative have, in less than 2 days, fulfilled a long-time need for a large swath of every-day users who’ve been itching to trim cruft from the excessively icon-ized stock Nautilus window. 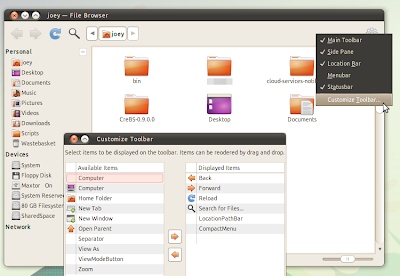 atarixle You got 9 years time, when Linux on M1 is…
Devs Get Ubuntu Running on Apple Silicon, Say It’s ‘Completely Usable’