With 2009 drawing to a close i thought it would be interesting to kick of a series of retrospective posts about Ubuntu in 2009.

What better way than to kick off with Ubuntu’s popularity this year!

Has it grown? Shrunk? Vanished?

That we can’t conclusively say, but we can get all Cluedo about it and piece together some circumstantial evidence to gauge how popular Ubuntu was in 2009.

Apt-Get Me, Baby… One more Time!

Ubuntu was more popular than Britney Spears in 2009 – at least in terms of searches.

When you consider than she’s shifted more than 83 million records and commands publicity like no-other, it’s a curious footnote in itself. 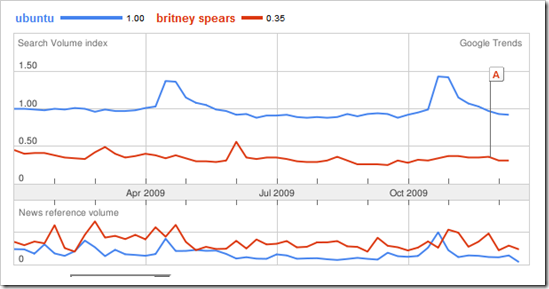 Aside from the spurious, Ubuntu’s popularity has always been hard to estimate. Canonical put the figure at around8 million users (a relatively large number for an entire market segment with a reputed <2% share of all computer users).

In terms of popularity against other distributions, we see that Ubuntu is still king of the walk. 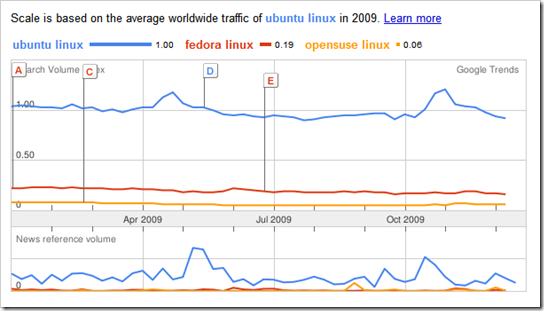 DistroWatch’s figures for the last twelve months also bear this out with Ubuntu clearly ahead of it’s rivals in terms of hits: 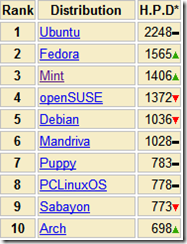 No firm-figures exist for the total number of Linux users so it’s  hard to extrapolate what percentage of Linux is made up of Ubuntu.  Stat-Counter gauges its market share data on over 5 Billion hits – meaning at least 40 Million are Linux users thus making Canonical’s claim of 8 Million Ubuntu users even more impressive.

Netbooks — the watering-can to the seed of Linux. Or something more poetic.

One thing we can be sure of is that the number of Linux users is growing year on year thanks to netbook sales.

Microsoft once claimed Windows accounted for 98% of netbook OSes. They then reduced this figure to 93% and only a week or so ago figures release show that Linux actually accounts for over one-third of netbook sales – and this figure only takes into account netbooks with Linux pre-installed and not users who later decide to slap Ubuntu Netbook Edition on it!

So either Microsoft are incredibly bad at math or are simply posturing away the Linux threat because it means11 million netbooks shipped with Linux!

Dell shipped 1/3 of it’s Dell Inspiron 9’s with Ubuntu and  with Dell being the third biggest netbook manufacturer in the world so this isn’t a figure to be scoffed at!

Linux’s overall market share. according to StatCounter, was 0.69% 2009, not growing from 2008. But surely given the rise in netbook sales, and with so many of them being Linux based, there should be a rise, right? 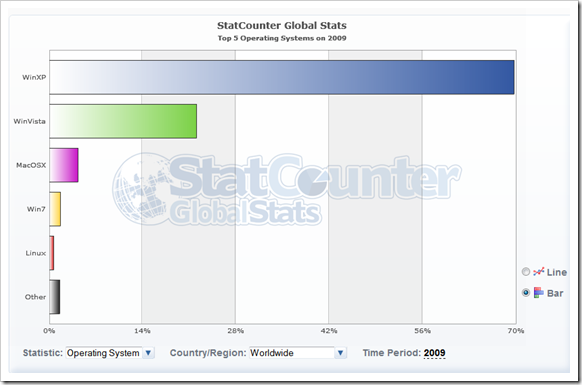 In Europe where Linux netbooks are more readily accessible and Linux is more popular in general, Linux accounts for 1.06% of Operating System share in 2009 — up from 0.99% in 2008. 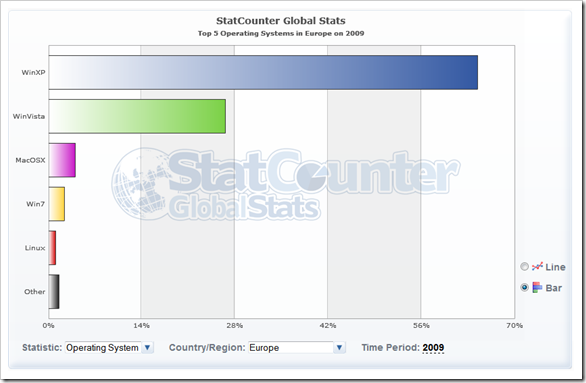 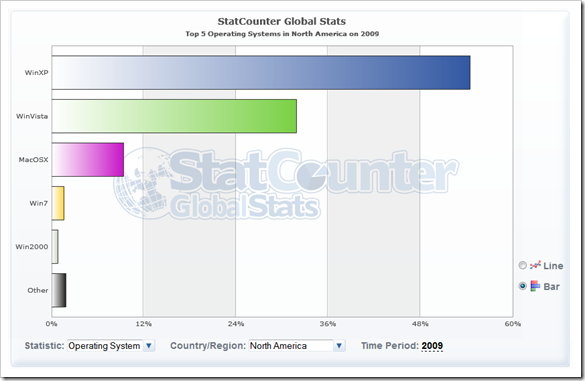 Given the worldwide PC market increases year-on-year, the in-roads Linux continue to make are cancelled out.

Perhaps interesting to note, in the month following Karmic, the worldwide Linux share jumped from 0.68% to 0.72%. In Europe along the share jumps from 1.06% in October to 1.12% in November, following Karmic’s release. It should be noted that OpenSuse was also released in November.

This effect is noticeable in this graph from net-applications market sgare graph for Linux in 2009.

On the face of it most certainly! Not only are there more Linux users in general thanks to the ever-expanding netbook market, but the visibility of Ubuntu has increased as well, but more on that a bit later…

Home » News » Ubuntu Was More Popular Than Britney Spears In 2009