I am aware i’m a day or so behind on these, so if you see day seven pop up a bit later you haven’t accidentally lost track of time i’m just trying to keep up! 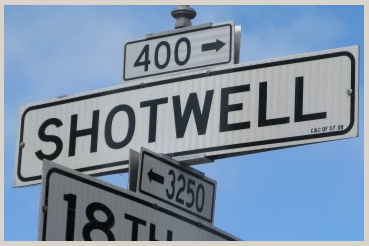 Shotwell, simply described as a “photo organizer” but so much more than that, is one part of an upcoming “media suite” by San-Francisco based startup Yorba. 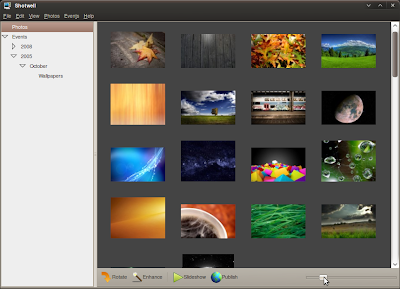 I reviewed Shotwell 0.3 a month or so back (see here) and i found myself pleasantly surprised by its feature set, performance over-head and plain-ol’ usefulness. Not being particularly enamoured by Ubuntu’s current default photo organizer, ‘F-Spot’, Shotwell presents itself as an inevitable successor in my book.

Whilst there are issues with it from a “mum-proof” perspective (Those floating windows are annoying and unnecessary – see the new gThumb for in-app editing windows done oh-so-right!), Shotwell nonetheless bags itself a place in my top 12 applications of 2009 out of sheer potential.

The next release of Shotwell, due to arrive before the end of the year, will see Flickr and Facebook ‘publishing’ enter the feature set. 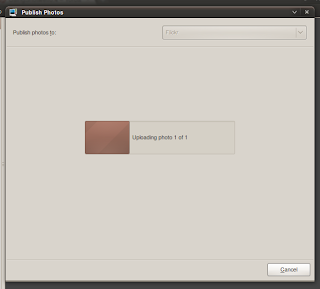 Shotwell 0.4 also comes with its own Photo viewer. This allows users to edit photos without importing them into the main application itself – a gripe that F-Spot suffers from. 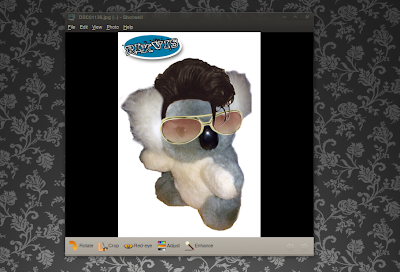 Editing works the same as in the application itself – presenting really annoying floating palettes containing the tools. 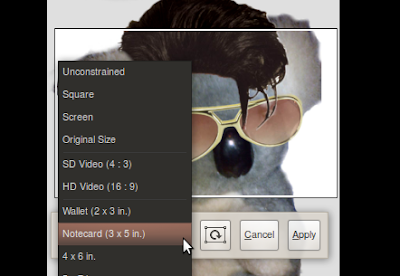 Currently users can only organize photos by events ordered by date so plans are afoot for user “album” creation.

The slideshow feature will gain customization options allowing users to choose music and transitions to accompany their slides.

Shotwell 0.3 is availble via the Yorba PPA @ https://launchpad.net/~yorba/+archive/ppa

Once added run an update and install ‘shotwell’.

The 0.4 version has yet to be official released. The curious can build it from source via Yorba’s SVN. Users should note that more recent builds of vala and gee-1.0 are required.