UDS Wednesday kicked off with a super interesting session; a meeting entitled “Application selection in the default install“.
Over three posts I’ll present the main ideas and discussions from these meetings: Whittling the default game selection down, removing GIMP from default installs & what best to use for photo-editing and the decision to potentially include PiTiVi as a default application in Lucid Lynx…Remember that nothing is final and decisions may change over the course of the development cycle.


Open-source video editor PiTiVi is on course to become a default application in Ubuntu Lucid Lynx, as has been proposed at UDS09.


Ubuntu gaining a video editor is a wise decision. Windows has one, OS X has one and so should Linux. Not to follow their lead but to give users what they have come to expect from a modern desktop operating system.


Sadly the decision has been taken to ‘trial’ PiTiVi as the video editor in Lucid, and depending on its progress during the development cycle, decide on if it should stay.

PiTiVi is deemed “a good and usable choice” for two reasons: –

The first issue is a sound one. PiTiVi follows the same “UI” as Windows Movie Maker and closesly resembles other Non-Linear editors.


PiTiVi also uses the Gstreamer framework for its decoding and encoding and as such is the closest thing to a ‘native gnome’ video editor.


Why It Sucks
PiTiVi can’t currently handle a bunch of input formats,  including, for most people i know, a rather crucial one: DV. This was considered irrelevant at the meeting as most people, apparently, use videos from flip-cams. (Source, guys?) Most flip-cam’s i’ve used encode to MP4 which isn’t a format enabled by default in Ubuntu. PiTiVi has an issue with MP4, too…


If you use .ogg though you’re away!

I used to love PiTiVi but its development is slower than slow. For it to be included in Ubuntu by default, and for the GIMP to be removed, will send a wrong first impression to users; Presenting them with a half-baked video editor that, lets be honest, can’t do much aside from trimming and arranging. Is that a good initial impression? Do we really want to give users a video editor which doesn’t match even the basic-of-the-basic video editors available for Windows?

Give it a shot

Open-Shot is the daddy of video editors on Linux. It can handle green-screen, pretty much every format you chuck at it, you can apply effects and transitions to clips, easily output video into a number of formats using its simple preset menu, or get down and dirty with specifics using the advanced version.


It has good support and fast development.


The reasons why OpenShot isn’t a contender is because (quotes from the meeting): – 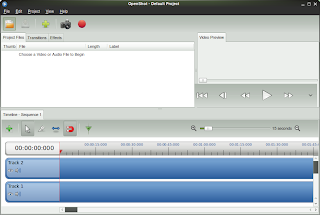 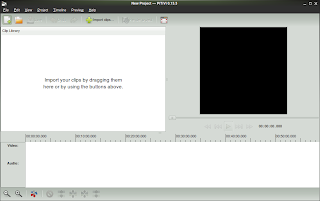 They look the same!


Gnome Integration is awful? I can drag and drop to both… What more integration does one need in a video editor?


As for the unspecified “issues” OpenShot has, i’d say PiTiVi has a greater share to worry about…


Regardless of what is included as default, both are useful applications.


From what i gathered at the end of the meeting, PiTiVi is to be chosen and trialled. It will be reviewed around Alpha 2 and asked “is it worth it?”.


I just fear Lucid is shaping up to be a watered down example of a Linux desktop.

Home » PiTiVi On Course To Become A Default Application In Lucid

BenjiSan The decision to deliver Snap Firefox was made by Mozilla,…
Dash to Dock v70 Adds GNOME 40 Support