In all honesty, there is very little that distinguishes this official build from the regular Chromium builds that are released almost daily, bar a different logo and the word ‘Google’ slapped on it.

Google do warn the following on first start up: – 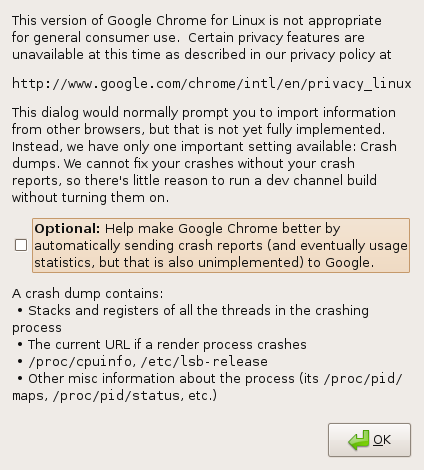 To download this Google blessed release, head on over to http://dev.chromium.org/getting-involved/dev-channel and scroll down to ‘For Linux’ for the download links.