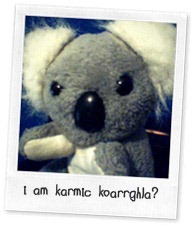 Grub 2.0 Will be Default for New Installations

Grub2 will replace Grub 1.5 in all new Karmic releases from current Alpha’s on. What is Grub2? Basically a nicer version of Grub that you currently use – It has a slight visual refresh as well meaning that it is easier to fix and reinstall it should you need to.

It’s still up-in-the-air as to which will be the default music player in Ubuntu. At UDS it seemed Rhythmbox was settled on, however Banshee advocates have piped up and the default media player for Karmic is, as of Alpha 2, still undecided…

Ubuntu have a 10 second boot goal for Karmic – and so far they’re making excellent progress on it. As such they’ve decided NOT to use the ‘Plymouth’ boot-splash (looks fancier) as the computer won’t be booting long enough to really notice it…

Karmic will use the EXT4 filesystem as default meaning a significant sped boost for Ubuntu when writing/reading files and applications.

Despite being planned for Januty but pushed back to Karmic Ubuntu’s big interface revamp has been pushed back to 10.04. Reasons include the maturing of the Ayatana project and it’s projects.