Both Ubuntu 21.10 and Ubuntu 21.04 use a dark shell theme by default, irrespective of whether the light or dark theme setting is applied in System Settings > Appearance.

While it feels like Ubuntu flip-flops on this issue a bit frequently there are two compelling reasons why reverting back to the light Yaru GNOME Shell theme default makes sense.

Firstly, Ubuntu 22.04 is an LTS release. The majority of people who use it will upgrade from Ubuntu 20.04 LTS. And y’know what colour GNOME Shell that uses by default? Yup, a light one. So making it light again is, in this respect, consistent for LTS upgraders.

Secondly, it just makes more sense. To explain, Ubuntu lets you pick between a light mode and dark mode via the Appearance panel of system settings. Some users expect that picking “light” will make everything light, including the GNOME Shell theme.

But that’s not what happens:

If (like me) you want a mix of dark GNOME Shell theme with light app window theme — this is the mix other GNOME-based distros like Fedora use — then you can effect it yourself. First install the User Themes GNOME extension, then GNOME Tweaks tool, then change the Shell theme in GNOME Tweaks > Appearance to Yaru Dark. 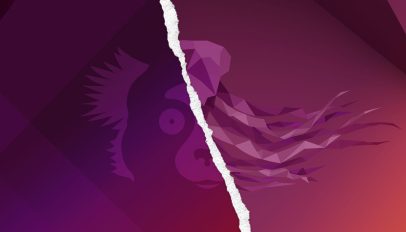 Your First Look at Ubuntu 22.04’s Default Wallpaper
Read Next